Browse the article How Allergies Work 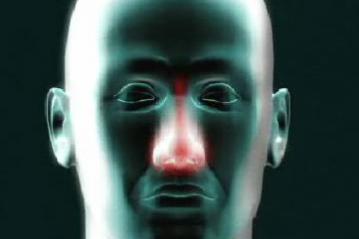 Allergies are the result of a hypersensitive immune system. Get health tips with staying healthy pictures.
Discovery Health

As amazing as the immune system is, it sometimes makes mistakes. Allergies are the result of a hypersensitive immune system. The allergic immune system misidentifies an otherwise innocuous substance as harmful, and then attacks the substance with a ferocity far greater than required. The problems this attack can cause range from mildly inconvenient and uncomfortable to the total failure of the organism the immune system is supposed to be protecting.

In this article, we'll examine the most established school of thought on what makes up the condition referred to as an allergy. A defining premise of this school of thought is that allergic symptoms are always triggered by a protein.

If you have allergies, chances are that you inherited this trait. If you have read How Your Immune System Works, you know about lymphocytes, also known as white blood cells. Lymphocytes are a fundamental component of the immune system, and when they make a mistake it can create an allergic response.

There are two types of lymphocytes:

Both types help guard your body against foreign substances such as invading bacteria, viruses and toxins. They move freely through and among the tissues of the body, travel through the walls of blood vessels, and move between the various lymph nodes and lymph channels. B-cells and T-cells go everywhere.

Lymphocytes act like traveling customs agents. Everywhere they go, they are busy checking the passports of every cell they encounter. Whenever they discover a cell that seems threatening, they immediately begin countermeasures against it. The biochemical process behind these countermeasures is amazing!

When a lymphocyte encounters a particle or cell with surface marker molecules that identify it as a foreign invader, it performs a microscopic version of taking fingerprints and mug shots of the invader. Because these foreign invaders cause the production of antibodies, they are called antibody generators, or antigens. After a B-cell identifies an antigen, it will make its way back to a lymph node, change into a plasma cell and produce antibodies specifically engineered to fight that particular threat.

There are five basic types of antibodies, called immunoglobulins, or Igs. Each is classified by type with a letter suffix:

The Ig responsible for allergic reactions is IgE.

IgE antibodies are present in everyone -- but remember those immune response genes mentioned previously? In a properly functioning immune system, the genetic code contains enough information to enable the lymphocytes to distinguish between threatening and non-threatening proteins. In an allergic person's immune system, the lymphocytes can't tell that the protein ingested as part of a meal containing shellfish isn't invading the body. The B-cells of an allergic person -- "misinformed" at the genetic level -- cause the production of large quantities of IgE antibodies that attach themselves to mast cells and basophils throughout the body. This is known as the sensitizing exposure.

Although mast cells are found in connective tissue and basophils are a type of white blood cell, they have one thing in common to the allergy sufferer. They contain histamine, an important weapon in the body's arsenal for fighting infection. Unfortunately, when released into the body inappropriately or in too high a quantity, histamine is a potentially devastating substance.

It takes between a week and 10 days of sensitizing exposure for the mast cells and basophils to become primed with IgE antibodies. Then, if the allergen comes along again, it triggers a destructive domino effect within the system called the allergic cascade.

Whether it's a protein molecule on a ragweed pollen particle that has been inhaled, or the injected protein in the venom of a wasp, the same sequence of events takes place:

There are about 20 proteins in this family of proteins, at least nine of which are involved in the allergic-response mechanism. After the IgE antibody (which is already attached to a mast cell or basophil) encounters and binds to its specific allergen, the first complement protein attaches itself to the site. This alerts the next complement protein in the sequence, which joins and alerts the next, and so on. When the string is complete, the offending cell is destroyed. This is fine in a normal immune system, as Ig antibodies latch onto surface markers of disease cells and cause their destruction. But in an allergic episode, the cells involved are mast cells and basophils.

When mast cells and basophils are destroyed, their stores of histamine and other allergy mediators are released into the surrounding tissues and blood. This causes dilation of surface blood vessels and a subsequent drop in blood pressure. The spaces between surrounding cells fill with fluid. Depending on the allergen or the part of the body involved, this brings on the various allergy symptoms, some of the most common being:

Although the exact mechanism isn't yet understood, allergy sufferers sometimes find that once they have become sensitized to certain allergens, they also exhibit allergic symptoms when exposed to related substances. For example, if you have an allergic reaction to honeybee venom, you might also test positive for hypersensitivity to all other types of bee venom.

Some allergic people become sensitized to proteins in such things as ragweed pollen, latex, certain foods, and drugs like penicillin. With these allergies, the reaction can involve the entire body. This is called a systemic reaction, and is what your doctor is watching for when you are asked to wait around for a while after an injection. In a systemic reaction, the release of allergy mediators (chief among them being histamine) causes capillaries all over the body to dilate. If this proceeds to the point of danger, it is known as anaphylaxis. If it proceeds even further, the victim passes into anaphylactic shock. See the next page to learn more.

Extreme allergic reactions may include difficulty breathing and anaphylactic shock.

The exposure-reaction time can vary depending on your body (how well you handle the exposure) and the allergen you were exposed to. In a mild case, you may only have mild itching or swelling. In a severe reaction, after exposure to the triggering antigen, you may suddenly develop hives over large areas of your body and begin having breathing difficulties (this is accompanied by a rapid and severe drop in blood pressure). Also, in a severe reaction, thinking becomes muddled as the brain and other vital organs become oxygen-starved. The brain and kidneys are especially vulnerable in this type of reaction and may be permanently damaged even if the victim survives.

To make matters worse, cell fluids dumped into the tissues of the throat can cause the throat to swell shut, leading to anaphylactic shock and death in as little as three or four minutes after exposure to the antigen or the onset of symptoms. Hundreds of people die annually from anaphylactic shock in the United States alone.

Currently, the only effective treatment for anaphylaxis is an intramuscular injection of epinephrine, a hormone the body produces naturally in the adrenal glands. Epinephrine counteracts the symptoms of anaphylaxis by constricting the blood vessels and opening the airways. The down side is that its effects last only 10 to 20 minutes per injection, it has some potentially serious side effects, and it must be administered correctly at or before the onset of symptoms to be effective.

The list of possible allergens may be limited only by the number of protein molecules in existence. However, some do turn up more than others. Many people suffer from seasonal, respiratory allergies, usually in the spring or fall and caused by pollen, mold and dust. Some people suffer from food allergies. Common allergenic foods are peanuts and shellfish. Of injected allergens, penicillin and insect venom are common offenders.

Allergists use a variety of diagnostic techniques to determine if a person is allergic. Unfortunately, the safest and often the most effective tests are not completely reliable by themselves in identifying if a substance is the cause of a patient's symptoms.

The most common test, the scratch test, consists of applying a diluted extract of the possible allergen to the back or arm, and then scratching the skin with a needle. If the patient develops a certain degree of swelling or redness in the scratched area, the existence of IgE antibodies to that allergen is indicated. Blood tests are another avenue of diagnostics, especially in small children. With small children, the scratch test is used less often because the possible allergens used in the test may actually trigger a reaction in a child who has not been exposed to that substance before. Neither the scratch test nor the blood test is 100 percent accurate, but the results, taken together with a patient's medical history, can help the doctor or allergist with a diagnosis and treatment plan.

There are three techniques commonly offered by doctors to help allergy sufferers:

Many allergens, once identified, can simply be avoided. If you know you're allergic to shellfish, you don't eat it. Pet allergies can be handled sometimes by keeping the pet outside.

Unfortunately, many allergens -- like pollen, mold and dust -- are very difficult, if not impossible, to avoid. These can often be managed by using medications such as antihistamines, decongestants, cromolyn sodium, corticosteroids and, in the case of anaphylaxis, epinephrine.

Immunotherapy is expensive, time consuming and not without risk. But it is often the only hope a person has for leading a normal life. It consists of a series of injections of the offending allergen, beginning with a very weak dilution and gradually building in strength to a maintenance dose that may be continued over time. The injections help the immune system to produce fewer IgE antibodies, while also stimulating the production of a blocking antibody called IgG. This works to varying degrees with many allergies, but some cannot be treated this way.

As with all medical discomforts and problems, you should seek the advice of your doctor or allergist if you suspect you are allergic to something.

For more information on allergies and related topics, check out the links on the next page.

Steve Beach is a freelance writer, contractor/builder and outdoor sports enthusiast. In the early 1990s, he received his sensitizing exposure to honeybee venom and subsequently had a nearly fatal anaphylactic episode.