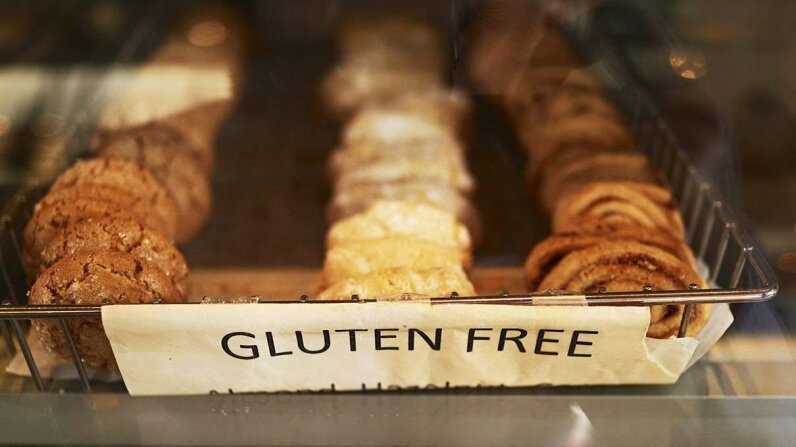 Gluten-free pastries are made without wheat and a number of other grains. JPM/Getty Images

Every age has its fad diet. In the 1920's, the “cigarette diet” and “Inuit diet” had everybody smoking and eating whale blubber for trimmer waistlines. The “Hollywood Diet” of the 1980s counseled that certain foods should only be eaten alone (but Champagne could be consumed just whenever). For many these days, the enemy is gluten. But despite misconceptions, there's more to avoiding gluten than bandwagons and fads.

Gluten is a protein found in wheat, barley, rye, and grain hybrids like spelt and kamut. These days, gluten-free bread and cookies are flying off the shelves because a lot of people believe their tastier, wheat-ier counterparts will make them fat. Not only that, there are rumors going around that wheat gluten is generally toxic.

And while it's true that gluten-containing foods are obviously terrible for those with celiac disease, a genetic autoimmune disorder affecting one in 133 Americans in which the consumption of gluten causes the immune system to attack the small intestine. Even a saltine cracker could trigger a severe histamine reaction in someone with a wheat allergy, but experts say avoiding wheat gluten is probably not helping most of us lose weight or feel better. So, why do some people with neither celiac nor a full-blown wheat allergy claim gluten-containing foods just make them feel rotten?

A new study published in the journal Gut suggests an explanation for why some people who test negative for both celiac disease and wheat allergies still experience gastrointestinal symptoms after eating wheat and related grains — as well as other symptoms like fatigue and irritability.

Until recently, wheat and its kin were thought to cause an immune reaction in certain people who tested negative for celiac disease, but “wheat sensitivity” hasn't been well understood, partly because no test has been developed to diagnose it. Eating wheat triggers a localized autoimmune response that attacks the intestinal wall of celiac patients — and markers of this celiac-related attack show up very obviously in blood tests. For this new study, researchers from Columbia University Medical Center tested 80 individuals with non-celiac wheat sensitivity (NCWS), 40 people with celiac, and 40 controls. The participants with NCWS also showed signs of intestinal damage, although a different kind than that suffered by people with celiac, and here's the kicker: no obvious markers in the NCWS blood provided evidence of the attack. Like celiac patients, NCWS sufferers also experienced an immune response, though it was body-wide rather than localized in the intestines.

Additionally, the researchers found that NCWS patients who followed a diet free of wheat and other cereals for six months were able to improve their immune response and intestinal symptoms. They are now working to figure out what is causing the weakening of the intestinal barrier in NCWS patients and developing a test for the condition, both to help diagnose it and to figure out how common the condition might be. It's an ongoing field of study, of course, with lots of work left to do; after all, a 2013 study was unable to show a gluten sensitivity in a study group. Consider it a developing field of research.

Now That's Interesting
Sylvester Graham, a 19th century dynamic pioneer of the fad diet, wrote popular books and went on speaking tours touting a diet to stamp out sexual desire; Grahamism, popular for a couple of years before falling out of favor, left us with the Graham cracker and granola.