Sneezing Your Way Through Allergy Season

You're Sneezy, Dopey, Grumpy and Sleepy. No, you're not auditioning to be one of the Seven Dwarfs - you're probably suffering with the common seasonal respiratory allergy known as hay fever.

Sure, many of you just grin and sneeze through it, but for most, the pollen, dust and mold may cause significant respiratory and physical distress. In fact, it's estimated that 35 million Americans suffer with seasonal upper respiratory symptoms as a result of allergies to airborne pollen, mold and dust mites.

What Causes an Allergy?

Any way you put it, allergies can be downright annoying, life altering and, in some cases, life threatening. The reaction depends upon the individual. In its simplest terms, an allergy is the body's hypersensitivity to certain substances (known as allergens) in our environment. When exposed to these allergens, our immune systems treat them like invaders and release antibodies known as immunoglobulin E (IgE for short) to fight the perceived enemy. However, this production of IgE triggers our immune cells to release chemicals (one of which is histamine), which can cause certain reactions in our bodies.

As many of you are aware, histamine can cause hives, sneezing, watery eyes and itching. In fact, the more we're exposed to the allergen, the worse the reaction can become. One of our main defenses against this chemical response is the antihistamine, which tries to counteract the effects of histamine.

Is It a Cold or an Allergy?

Both can cause a runny nose. However, a cold tends to run a seven to 10-day course, while an allergy can go on for weeks or even months. Another important difference: A cold may cause a fever, while an allergy does not.

According to the National Institute of Allergy and Infectious Diseases, the most common symptoms of allergies to airborne substances such as pollen include: 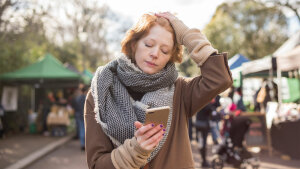 Can Pollen Allergies Make You Tired? 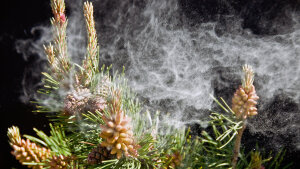 The Science Behind the Pollen Count