Are headaches and sore throat common symptoms of a pollen allergy?

The reason symptoms mainly affect the eyes and nose is because that's where pollen lands and irritates your immune system. Once your immune system detects the little pollen dust in your body, it overreacts. It misidentifies the pollen as dangerous and sends out an antibody called immunoglobulin E to fight it off. The antibody triggers other chemicals, including histamine, to neutralize the invading allergen. These chemicals, particularly the histamine, are responsible for the allergic symptoms you feel during pollen season. Depending on what you're allergic to, pollen season for you can begin in the early spring (trees), late spring (grasses) or late summer (ragweed).

Your best bet when it comes to avoiding the symptoms of a pollen allergy is to keep an eye on the pollen count, which is usually available with your local weather forecast. On days with high pollen counts, stay indoors. If you go out a lot during pollen season, try putting some petroleum jelly on the inside of your nose to prevent the pollen from touching your nasal lining. Washing your eyes out frequently during pollen season might help, too. If you still suffer from pollen allergies, antihistamines, decongestants and nasal corticosteroids are common drugs that can help alleviate the symptoms.

Say No to Allergies 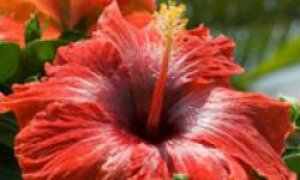 Allergy-free Plants for Your Yard