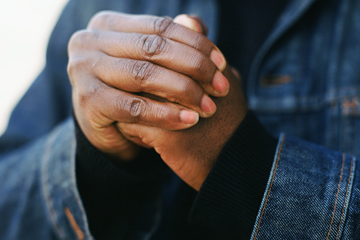 For 50 years, Donald Unger, M.D., was a walking, talking and breathing scientific experiment. Although this scenario may sound like something out of a sci-fi movie, Unger's undertaking was quite practical in nature. He simply wanted to prove that cracking his knuckles didn't cause arthritis.

During his five-decade experiment, Unger cracked the knuckles on his left hand and not on his right. The results, published in the 1998 edition of the journal Arthritis and Rheumatism, revealed that despite cracking the knuckles on his left hand at least 36,500 times, Unger did not develop arthritis. For his efforts, Unger won an Ig Nobel Prize in Medicine, presented by the Improbable Research organization for "achievements that first make people laugh, and then make them think" [source: Mirsky].

His findings are good news for those of us tired of hearing, "You'll get arthritis if you keep cracking your knuckles." However, they are far from definitive proof that arthritis isn't a real risk. Cracking one's knuckles can sometimes lead to hand injuries. A handful of scientists have queried whether the force used to crack a knuckle could potentially lead to cartilage damage, although studies have yet to be done on the subject [source: deWeber et al.].

For the final word on whether people get arthritis from cracking their knuckles, we turned to the U.S. Department of Defense, which funded researchers taking a serious look at the matter. They examined the hand X-rays of patients during a five-year period. Patients with arthritis were placed in one group and the patients without arthritis were put in another. People in both groups were then asked whether they cracked their knuckles. And that's when researchers received some surprising results. Turns out, the people who didn't crack their knuckles had a slightly greater rate of arthritis than those who did. The group whose members abstained from knuckle popping had an arthritis rate of 21.5 percent, while the group that did indulge in knuckle cracking had an arthritis rate of about 18 percent [source: deWeber et al.].

Who can help treat my arthritis?
Arthritis and Opiods
How do you run with osteoarthritis of the knee?