People With Asthma, Hay Fever May Have Higher Risk of Psychiatric Disorders

by Alia Hoyt Apr 26, 2018
A new study found a link between asthma and hay fever and an increase in psychiatric illness. mladenbalinovac/Getty Images

Doctors who treat patients with asthma and hay fever might want to also keep an eye on their mental health, according to the results of a large new study out of Tri-Service General Hospital in Taiwan. These unlikely compatriots appear to be linked, with people with asthma and hay fever at a 1.66-fold higher risk of developing a mental illness than those without the ailments, as reported on April 24, 2018 in the journal Frontiers in Psychiatry.

To fine-tune the connection, the researchers looked at a massive health insurance database covering the length and breadth of Taiwan for the years 2000–2015. All told, they examined data for 139,941 people without any history of allergic diseases, as well as 46,647 people with problems like hay fever or asthma. The resultant data showed that, over the period of 15 years studied, 10.8 percent of patients suffering from allergic diseases at some point were diagnosed with a psychiatric disorder. By contrast, only 6.7 percent of people without allergic disease wound up with a psychiatric diagnosis.

Despite the increased risk, it's obvious that hay fever and asthma don't doom a person to a psychiatric illness diagnosis. After all, plenty of people suffer from allergies, but never have trouble with mental illness. Still, awareness of the link is sure to help doctors better monitor patients for signs of psychiatric disorders, many of which are very manageable with a range of medications and/or therapies.

Indeed, this large study was the brainchild of a Taiwanese physician who wanted to confirm a link that previous small studies had reported. "As a clinician, I observed that some patients with the three 'A's [asthma, allergic rhinitis/hay fever and atopic dermatitis/eczema] appeared to suffer emotionally," says Nian-Sheng Tzeng in a press release. "Therefore, I wanted to clarify whether these allergic diseases are associated with psychiatric disorders."

The study did not examine why the two are connected, but one theory is that the body inflammation so commonly associated with allergies could be the culprit, as it is also thought to be present in people with psychiatric illnesses like depression, bipolar disorder and schizophrenia. Additionally, it's possible that the physical symptoms of hay fever and asthma could be made worse by the stress of psychiatric disorders.

Now That's Interesting
The number of people with asthma continues to grow. One in 12 Americans had asthma in 2009, while just one in 14 had it in 2001. Worldwide, 300 million people have asthma, and 70 percent of those also have to deal with allergies. 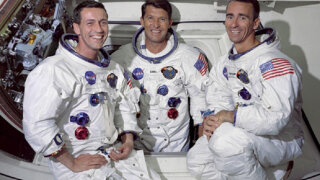 Can you sneeze in space?

What is hay fever? 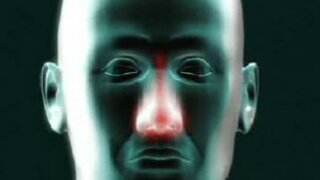