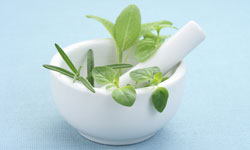 Herbs are believed to have properties that can cure cancer. Why doesn't the fda regulate herbs?
Matka Wariatka/Dreamstime

Cancer Myth 9: There is currently a cure for cancer, but the medical industry won't tell the public about it because they make too much money treating cancer patients.

Reality: One overarching fact that clearly disputes this conspiracy theory is that doctors and laboratory scientists along with their families die of cancer at the same rate as everyone else in the United States. There is one exception, though. Health-care professionals and biomedical researchers are less likely to develop and/or die of lung, larynx, esophageal and other tobacco-related cancers because they are more aware of the dangers of tobacco and are less likely to smoke than the rest of the population.

And why would anyone hide a cure for cancer? Medical breakthroughs of all kinds are quickly announced and applied — as the world has seen with antibiotics and vaccines, such as the polio vaccine.

Also, finding one all-encompassing cure for cancer is unlikely. Cancer comes in many different forms, and for several of them, there are already cures available for the majority of patients.

Only a few decades ago, less than one in 10 children with leukemia survived 10 years after diagnosis. With modern chemotherapy, the cure rate for these children is almost 80 percent. Examples of similar progress include Hodgkin's lymphoma, bone and kidney cancers in children, and testicular cancer.

Fewer than half of all people with cancer in the United States actually die of the disease — and many who are not "cured" of cancer still go on living for years with relatively few changes in their lives, thanks to years of research, which has produced many advances in the fight against many of the different types of the disease. But to suggest that there currently exists an all-encompassing cure for cancer that doctors are aware of is quite inaccurate.