by John Donovan May 13, 2016
Concerned about health effects from cell phones? You can always try going hands-free as much as possible, sticking your phone in a clip rather than in your pocket or simply texting instead of calling someone. CSA-Images/PM Images/Getty

The possible link between cancer and cell phones has been debated ever since Early Adopter Man first pressed a big brick of a mobile phone to his Cro-Magnon cranium and started blabbing.

Alarmists immediately screamed about the health risks of the radiation-spewing gadgets. Scientists scrambled to see if there was anything to it. Telecom companies held their collective breath.

Call your mom! Call the neighbors! Call anybody! It's OK!

The study, in a recent issue of the journal Cancer Epidemiology, crunched data from more than 34,000 subjects. Researchers looked at phone usage from 1987-2012 and compared it to recorded brain cancer cases between 1982 and 2012.

What they found: only a slight increase in brain cancer among men and no increase at all in women. The one group that saw a significant increase was participants between ages 70 and 84, and researchers attributed that bump to improved diagnosis, not brain-baking radiofrequency (RF) waves.

"It's a very well-done study, using high-quality population-based cancer registries, and the results have been similar [to other studies]," says Martha S. Linet, a senior investigator in the radiology epidemiology branch of the National Cancer Institute's Division of Cancer Epidemiology and Genetics. "Those studies have not shown the increased occurrence of brain tumors that would have been expected [with increased cell phone use] ..."

You might think that the Australian study, helmed by a professor of public health at the University of Sydney, would cool the jets of those sounding the alarm about cancer and cell phone use, but people are still skittish. And there are still many scientists who remain convinced of a link between cell phones and brain tumors.

Devra Davis, the founder and president of the nonprofit Environmental Health Trust, is one. She co-authored a 2015 paper in the International Journal of Oncology calling for stricter oversight of mobile phone radiation and concluding that the International Agency for Research on Cancer (IARC), a part of the World Health Organization, should classify radiofrequency electromagnetic fields, like those emitted by your cell phone, as a "probable" human carcinogen. It was classified, in 2011, as a "possible" carcinogen.

Davis was also among a group of more than 190 experts from 39 countries who sent a letter to the United Nations calling for more controls.

The U.S. Food and Drug Administration (in 2014): "The majority of studies published have failed to show an association between exposure to radiofrequency from a cell phone and health problems."

The U.S. Federal Communications Commission (in 2014): "There is no scientific evidence that proves that wireless phone usage can lead to cancer or a variety of other problems ..."

Centers for Disease Control and Prevention (in 2014): "At this time we do not have the science to link health problems to cell phone use."

National Institute of Environmental Health Sciences (NIEHS) (in 2014): "Current scientific evidence has not conclusively linked cell phone use with any adverse health problems ..."

National Cancer Institute (NCI): "Studies thus far have not shown a consistent link between cell phone use and cancers of the brain, nerves, or other tissues of the head or neck."

The NCI offers a few reasons that studies can come up with different conclusions, including inaccurate self-reporting of cell phone use, participation bias (brain cancer patients who may be looking for a reason they're sick) and changing technology. Phones reportedly put out much less RF energy than they did 10 or 15 years ago.

"I think that most of us in epidemiology are looking for what we call the 'body of evidence,'" says Linet, who is a physician as well as an epidemiologist. "Is there a consistency? In epidemiology, you rarely have a situation that is completely black or completely white."

Both sides of the debate agree that more testing is needed. And that's where research like the kind done in Australia is valuable, and where other bigger studies — including an animal-based study being carried out by the NIEHS' National Toxicology Program — can only help.

More information to consider, more science to inform our decisions.

In the meantime, experts also agree on this: Whatever risks exist, they can be mitigated. The nonprofit Consumer Reports organization, like others, suggests going hands-free to keep the phone off your head, to carry phones away from your body (a belt clip is better than in your pocket) and to text, video-call or use a speakerphone when you can. Experts say that children, especially, should avoid prolonged cell phone use.

Even though there's strong evidence suggesting only a limited link, if any, between cell phones and cancer, it's still wise to remember that nothing has been proven.

"If they take those precautions, what they're really doing is they're really reducing their exposure a lot. So if they reduce their exposure — assuming that there is a risk — their risks should be extremely low," Linet says. "But it's like everything else. There's always a benefit vs. risk equation that you have to take into account."

NOW THAT'S INTERESTING
One of the largest projects to determine the effect of RF on humans is COSMOS, a study that is being conducted by five European countries (the U.K., Denmark, Sweden, Finland and the Netherlands). The study began in 2010 and will track at least 200,000 mobile phone users for 20 to 30 years, looking for cancers, benign tumors and other diseases, as well as patterns of headaches and sleep disorders.

This Explanation Will Change How You View 'Jurassic Park'

What Do High Heels Say About Conformity? 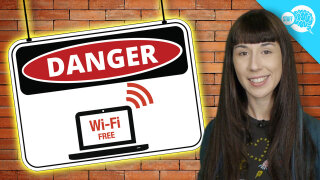