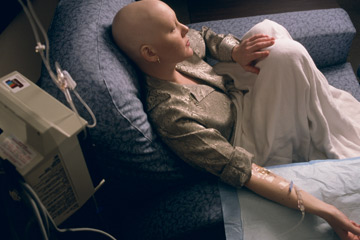 It would be great if fighting cancer was like playing a game of "Pac-Man." Pac-Man runs through mazes and chomps down every single pac-dot, but we lack the ability to track down and kill cancer cells as easily. Rather, we have surgery, chemotherapy and radiation, which are the three most common tools for treating cancer.

Doctors who elect for the surgical method of treatment perform an operation to remove cancerous tumors and cells, and they may follow that up with one of the other methods. Chemotherapy uses medication, which can be administered in pill form or intravenously, to zap and kill cancer cells. Specifically, chemotherapy targets cancerous cells that are in the process of dividing, and the reason that a cancer patient may undergo multiple rounds of chemotherapy is because not every cancerous cell is dividing at the same time. Radiation also targets those dividing cells, but it goes after them with high-energy waves.

It's impossible for a doctor to say that every single cancerous cell has been killed after a treatment process. The best outcome is that enough of the cancerous cells have been destroyed that the remaining ones have no chance at survival. And if leaving even a few cancerous cells behind sounds worrisome, consider that our body does have some natural resources when it comes to destroying these renegade cells. Sometimes, cancerous cells are able to stop their self-destructive path by committing suicide, a process known as apoptosis. White blood cells can also attack cancerous cells that are traveling in the blood stream. Doctors may add a course of immunotherapy to any of the treatments outlined above, because it triggers the body to create more cancer-fighting white blood cells.

A few cancerous cells within the body don't cause immediate damage; they need time and resources to build a dangerous tumor. Researchers are studying how they might be able to attack cancerous cells during that process. By understanding these cells in their early stages, scientists could act to prevent cancer before it's formed. One key tool might be anti-angiogenic drugs, which would disrupt blood vessel growth necessary for tumors to grow and spread. And new tools are being discovered all the time -- in 2010, for example, British researchers announced breakthroughs in using viruses to find and destroy cancer cells, and researchers in Texas unveiled a method that would use lasers to send explosive bubbles through the bloodstream to destroy dividing cells [sources: The Guardian, LiveScience].

Doctors Baffled by Rise in U.S. Teen Cancer Rate
How and why do carcinogens cause cancer?
10 Ways to Reduce Your Risk of Breast Cancer