by Sara Novak
Next 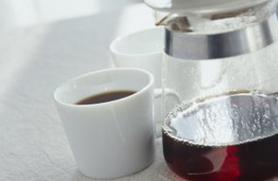 I've explored the pros and cons of coffee in depth. It's a sticky issue because a study comes out one week that points to coffee as a wonder drug and in the next week, we're reminded of its dangers. Your Health on Coffee: 7 Facts To Change Your Perception, explores my research on the subject. But recently, a new study at Harvard and reported in The New York Times, found that coffee reduces your chances of prostate cancer by a large margin.

According to The New York Times:

Harvard scientists followed 47,911 men who periodically described their coffee intake. The researchers found that those who consumed six or more cups a day were almost 20 percent less likely to develop prostate cancer over two decades than those who drank none.

While that's a lot of coffee, that's also a significant percentage. And it gets even more convincing. Again, The New York Times:

A couple of really positive things are coming from this study. First off, the study is sizable and follows a significant portion of the impacted population. And secondly, it doesn't matter whether you drink regular or decaffeinated.

We already know that coffee does a lot to prevent diabetes as well as fighting free radicals and improving memory. So it seems there's good reason to enjoy a cup o' Joe. But the kind of cup you drink makes a huge difference.

The coffee plant is one of the most heavily sprayed crops. It's coated with chemicals, pesticides, and herbicides, nothing you'd want to be ingesting. If you do drink coffee, make sure that it's the organic variety, free from assorted chemicals that leech into our ground water and can make us sick down the road. If you switch to decaffeinated coffee, make sure the caffeine is removed in a natural way without the use of chemicals to do it. Often times, conventional decaffeinated coffee has more chemicals that regular. And then, have at that morning boost.