The BRCA1 and BRCA2 genes normally help to prevent cancer by making a protein that keeps cells from growing too much. But if you have a defect in either of these genes — inherited from either parent — they won't prevent the cancer from developing in your ovaries. If you have a defect in the BRCA1 gene, you have a 60 percent chance of getting ovarian cancer. The risks are less with a mutated BRCA2 gene, but still greater than ovarian cancer risk most women face.

Genetic testing for ovarian cancer has raised many questions, both scientific and ethical. Although tests are available to identify the mutations that may predispose you for this cancer, they are not absolutely positive predictors. In addition, many health care professionals are not yet fully educated about the tests that are available, how they are performed and how they are interpreted.

The first step in genetic testing is to examine your family tree, and that's done best with the help of a specially trained genetic counselor. If genetic testing is done properly, it can change lives drastically, both in terms of preventing the onset of ovarian cancer (by taking preventive health care steps) and the psychological impact of knowing you are predisposed to get the disease, or not, regardless of family history. Your health care professional can refer you to a certified genetic counselor.

In a study published in the Feb. 16, 2002 issue of the British medical journal Lancet, researchers described a new computer-based diagnostic test that can accurately distinguish between blood samples from women with ovarian cancer and samples from women without the disease. The 30-minute test, which recognizes patterns of proteins in blood, was also able to identify the disease in its early stages, when treatment is most effective.

Researchers at the National Cancer Institute, the U.S. Food and Drug Administration and Correlogic Systems Inc., a two-year-old Bethesda, MD, firm that developed the test, conducted the preliminary study. It is hoped that with additional and larger clinical studies involving these blood tests, an effective diagnostic test can be developed. It is likely to take several years for this test to become available, if it is determined with further investigation to be safe and effective. 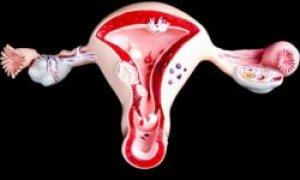 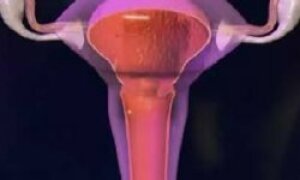 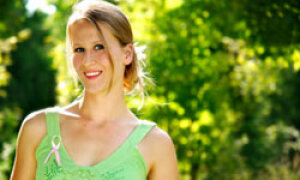