What are the CHD risk factors I can't control?

Being male. More men than women have heart attacks. They also tend to have them earlier in life.

Being a woman who has gone through natural or surgical menopause. Before menopause, women have some natural protection against heart disease. Experts believe this is due in part to the fact that they have adequate levels of estrogen in their bodies. This hormone may have a protective effect. Estrogen tends to raise HDL cholesterol, known as the good cholesterol. It also lowers total cholesterol. But after menopause, women have a much lower level of estrogen in their bodies.

In the past, doctors might have prescribed estrogen replacement therapy for women who had gone through menopause. This treatment is also known as hormone replacement therapy, or HRT for short. But new studies show that there is no proof that HRT has any protective effect against heart disease in these women.

In fact, the most recent guideline from the American Heart Association, known as AHA, advises against starting HRT for the sole purpose of preventing heart disease. They caution against this action because there is not enough data to support the benefits of HRT. In this same guideline issued in 2001, the AHA also advises against starting HRT for women who already have heart disease. In fact, a recent study has shown that if HRT is started after a woman has a heart attack, she may be at an even higher risk for worsening of her angina, or for other serious cardiac problems.

If you are already on HRT, talk over any concerns that you have about HRT with your doctor before making any changes. Depending on your personal medical and family history, it may make sense for you to keep taking these hormones for other reasons.

A family history of CHD. Having close family members who have had CHD puts you at greater risk for CHD. This is especially true if your parents had heart disease.

Increasing age. Of those who die of CHD, four out of five are age 65 or older.

Race. The death rate from CHD is higher among African Americans than whites. This is especially true at younger ages. Risk for heart disease is also higher among other nonwhite groups of people, such as the following:

Some authorities believe this increased risk may be due to higher rates of obesity and diabetes among these groups. 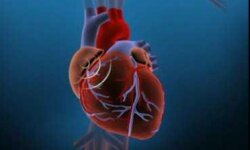 Up Next
How common is CHD?
Explore More 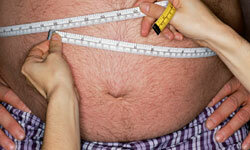