5 Heart Problems You Should Know About 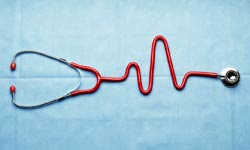 Visiting the doctor only after somethings goes wrong is a big mistake. Learn more in our heart health pictures.
PIER/Getty Images

If you commute to work or school by public transportation, you've probably had to run to catch a bus or a train at some point. Sometimes, the bus stops, and you're able to board, sweaty and disheveled. Other times, it's just too late, and you miss your train. Ideally, you'd be at the transit stop, money in hand, ready to go when the bus or train arrives.

Too often, we don't go to the doctor until something is wrong with us. With some heart conditions, waiting until symptoms show up before seeing a doctor is akin to leaving your house after you see the bus pass by -- it may be too late to address the problem. The best way to treat a heart condition is when it's in an early stage, or before it even happens at all, which you can do by making lifestyle changes that lessen your chances of having a problem in the first place.

The first step to making your bus or train on time is knowing what time it arrives or departs. Knowledge is also the first step when it comes to stopping a heart problem in its tracks. In this article, we'll explore five conditions that you should understand.