What are some vascular diseases? 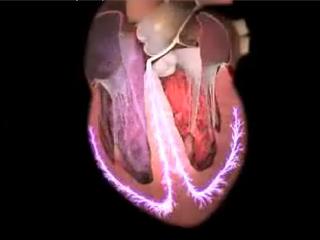 Vascular diseases affect the circulatory system of the body, which is a complex and intricate network of arteries, veins and capillaries. These tubes carry blood from the heart to every part of your body, and back again. Arteries exclusively carry blood away from the heart and veins carry blood to the heart. A vascular disease can be serious and potentially life threatening. In many cases, the walls of the arteries and veins are thickened and even blocked by plaque build-up. This is called arteriosclerosis. Peripheral artery disease, for example, occurs when there is arteriosclerosis in the peripheral arteries, also known as the blood vessels located outside the heart. Renal artery disease is when there is significant arteriosclerosis in the renal arteries, which are involved with carrying blood to the kidneys. In Buerger's disease, medium to small arteries and veins become narrowed or blocked. This causes limited or no blood supply to your extremities, such as your fingers, hands and feet [source: Cleveland Clinic].

Other types of vascular diseases involve malformations in, or damage to, your veins or arteries. An aneurysm, for example, occurs when there is a bulge in the wall of an artery. This most commonly occurs in the aorta, which is the large blood vessel that leaves the heart. Peripheral venous disease occurs when the valves in your veins to not open and close properly. Varicose veins, which are blue swollen veins, occur when there is damage within the veins. Venous blood clots typically occur during long periods of immobility, after injury, and during pregnancy. Raynaud's disease, also known as Raynaud's phenomenon or syndrome, involves spasms of the small arteries, causing loss of blood flow to your extremities [source: Cleveland Clinic].