In 1990, Vivian Eisenstadt was a sophomore at Brooklyn College who loved two things in addition to her studies —bodybuilding and pizza. But then one morning her alarm went off.

"I found it virtually impossible to get out of bed," she says. "It felt like my body was made out of lead."

While managing to shuffle through classes for the next few days, all Eisenstadt could think of was putting her weary body back to bed. But when she did, sleep didn't satisfy. She awoke just as tired as before. "I slept all day and night, but felt like I hadn't slept at all," she says. "I barely got to school and couldn't focus on anything."

Within a few weeks, Eisenstadt was diagnosed with chronic fatigue syndrome, which did nothing to alleviate the stress she felt trying to explain her limitations to others.

Chronic fatigue syndrome (CFS) is a medical condition of unknown cause characterized by a host of symptoms, ranging from fevers, muscle aches and sore throat to joint pain, memory loss and extreme tiredness.

"The worst part of my illness was that it had no external symptoms," she says. "From the outside, it didn't look anything was wrong with me at all."

CFS may not be as visually obvious a malady as, say, chicken pox, but that doesn't mean this "invisible" illness doesn't come with a host of repercussions all its own. And it may be starting sooner than researchers previously realized.

CFS is typically believed to a disease that primarily affects young adults like Eisenstadt, but recent research has revealed that up to 2.3 percent of children and adolescents in the U.S. also have CFS. Children are more likely to develop CFS symptoms as they age into adolescence, and often seem to develop the cluster of CFS symptoms after an acute flu-like or mononucleosis-like illness, according to the Centers for Disease Control.

"CFS is a very debilitating illness, which has a huge impact on the lives of children and their families."
Dr. Simon Collin, University of Bristol School of Social and Community Medicine, lead study author

A new large-scale U.K. report found that nearly 2 percent of the approximately 14,000 16-year-old participants in the long-term study, "Children of the 90s," have CFS that lasts for more than six months. Nearly 3 percent have CFS lasting more than three months.

The paper, titled "Chronic Fatigue Syndrome at Age 16 Years," was published in the January 2016 issue of Pediatrics, the official journal of the American Academy of Pediatrics.

Researchers also reported that the teens with CFS symptoms were absent from school more often than their peers, averaging more than one-half day away from the classroom each week.

"This disabling condition impacts every area of family life. The reality is that many young people miss considerably more than half a day of school a week," says Sonya Chowdhury, chief executive of Action for ME, a U.K-based support group for people with CFS. "For the most severely affected, their disabling symptoms are compounded by the isolation and loss that comes with being house- and/or bed-bound."

The study found that teenagers with CFS symptoms were more likely to have mothers who lacked practical and emotional support, and were more likely to come from families that faced financial woes — an important distinction, considering longstanding notions that have erringly linked the disease with affluence because of its high prevalence among young white-collar workers.

Even though the collection of symptoms was identified as a disease by the Centers for Disease Control in 1988, the doubt cast on the CFS by skeptics prompted nicknames like "yuppie flu" and "shirker syndrome."

The negative associations with the word "fatigue" only compound the misunderstandings surrounding the disorder, says Eisenstadt. And it's just one of the reasons behind the move to use the term myalgic encephalomyelitis — or ME — instead of chronic fatigue syndrome.

"The lack of understanding as to what was really going on was like when AIDS first came on the scene," she says. "Nobody really had a solution, so there wasn't a lot to go on for remedies. I was not only trapped inside my own body of limitations, but I had a constant frustration with feeling unheard."

Eisenstadt isn't alone. According to the Institute of Medicine, the malady is believed to affect between 836,000 and 2.5 million Americans, as well as many more who may remain undiagnosed. Less than half of today's medical textbooks include information about CFS, and only one-third of medical school curricula.

"CFS is a very debilitating illness, which has a huge impact on the lives of children and their families," says Simon Collin, the recent U.K. study's lead author. "And the results of our study underscore the need for further research into the causes of, and improved treatments for paediatric CFS."

Eisenstadt, who now works as a physical therapist, finds encouragement in increased awareness about the disease, and potential treatments to make it more tolerable.

"I learned how to be a patient, and all the emotional states we go through while sick and in despair, and what it feels like to be well again," says Eisenstadt, who opted for vitamin, herbal and emotional therapies. "When I talk to my patients about having hope, about not giving up, about understanding the temporary condition of the pain they're in, I'm talking from real experience."

Now That's Interesting
Although scientists have yet to pinpoint the cause of chronic fatigue syndrome, potential suspects include viral infections like the Human herpesvirus 6 (HHV-6), hormonal imbalances and immune system impairments.

Scientists Are Outsourcing Their Work — to You 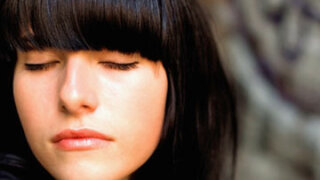 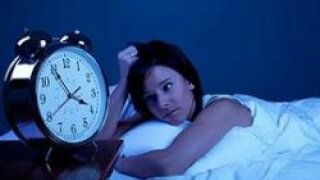