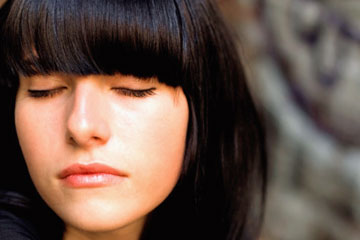 Chronic fatigue syndrome (CFS) is an illness characterized by prolonged, debilitating fatigue and multiple nonspecific symptoms such as headaches, recurrent sore throats, muscle and joint pains, memory and concentration difficulties. Profound fatigue, the hallmark of the disorder, can come on suddenly or gradually and persists or recurs throughout the period of illness. Unlike the short-term disability of say, the flu, CFS symptoms linger for at least six months and often for years. The cause of CFS remains unknown.

The typical patient seeking medical care for CFS is a Caucasian woman in her mid-20s to late 40s. However, anyone at any age — male or female — can develop chronic fatigue syndrome, though cases reported in children under 12 are rare.

There are no published data to indicate that CFS is contagious, that it can be transmitted through intimate or casual contact or by blood transfusion, or that people with chronic fatigue syndrome need to be isolated in any way.

Chronic fatigue syndrome does not appear to be a new illness, although it has only recently been assigned the name CFS. Relatively small outbreaks of similar disorders have been described in medical literature since the 1930s. Furthermore, case reports of comparable illnesses date back several centuries.

Interest in what now is called CFS was renewed in the mid-1980s after several studies found slightly higher levels of antibody to Epstein-Barr virus (EBV) in patients with CFS-like symptoms than in healthy individuals. Most of these patients had experienced an episode of infectious mononucleosis (sometimes called mono or the "kissing disease") a few years before they began to experience the chronic, debilitating symptoms of chronic fatigue syndrome. As a result, for a time the CFS-like illness became popularly termed "chronic EBV".

Chronic fatigue syndrome often begins abruptly, but sometimes the onset is gradual. In about one-third of cases, the sudden onset follows a respiratory, gastrointestinal or other acute infection with flu-like symptoms, including mononucleosis. Other cases develop after emotional or physical traumas such as bereavement or surgery.

Besides a debilitating fatigue, which is unalleviated by rest, common symptoms of chronic fatigue syndrome include:

Although CFS can persist for many years, long-term studies indicate that chronic fatigue syndrome generally is not a progressive illness. The symptoms usually are most severe in the first year or two. Thereafter, the symptoms typically stabilize and then persist chronically, wax and wane, or improve. Most patients partially recover, only a few fully recover and others recover and relapse. Currently, an individual's course of illness cannot be predicted. No long-term health risks have been associated with having chronic fatigue syndrome.