Fatigue is one of the most common complaints during a doctor visit. For several years, many doctors would not recognize chronic fatigue as a regular diagnosis, but this diagnosis is seemingly becoming more commonplace. There are many causes of fatigue including medications, poor sleep, hormone imbalance and vitamin deficiencies. Occasionally, patients will experience great fatigue after trauma or a bad infection, such as mononucleosis, that never recovers. This fatigue seems to be never-ending in spite of whatever approach is taken. For a select group of these patients their fatigue may be related to a substantial loss of a few simple vitamins. This loss may also correlate with other chronic conditions such as schizophrenia and autism. This article is geared to offer some suggestions on a lab called kryptopyrrole that may offer insight to many chronic conditions such as fatigue.

Several years ago Dr. Hoffer, a pioneer in nutritional treatments, found that higher doses of vitamin B3 could help with schizophrenia. Dr. Hoffer found that acute symptoms of schizophrenia would correlate with a certain structure coming out in the urine labeled mauve factor. The chemical in the urine was named the mauve factor because it would change the test paper to this color. Original treatments with B3 evolved into further successes with B6 and zinc. The mauve factor is now known as hydroxyhemo pyrrolin-2-one (HPL for short). Further study suggested that HPL may be elevated in other neurologic processes such as autism, Down syndrome, depression, ADHD and drug addictions [Source: McGinnis]. Research with mauve factor continued in small circles over the past 3-4 decades but was often in relationship to neurologic complaints. Now mauve factor is found to be related to patients with chronic fatigue, arthritis, irritable bowel, heart disease and even cancer.

My interest in this area came after learning that many patients experiencing chronic illness who were not getting better were positive for this test. This included patients with ALS (Lou Gehrig ’s disease), Lyme and chronic fatigue. The crux of the treatment was simple enough being B6 and zinc. I was quite surprised to think that deficiency in zinc and B6 could aggravate such problems. For the average person, too much zinc can affect copper status in the body, and too much B6 can cause tingling in the fingers. Yet the protocols for those with abnormal tests require substantial levels of B6 and zinc. In reading the work in the references below, it becomes clear how in the face of chronic illness deficiencies in zinc and B6 leave the body unable to adequately heal the inflammation it faces on a regular basis [Source: McGinnis]. B6 is needed to help make the body’s own potent detoxifier, glutathione. Zinc is needed to maintain the health and integrity of the intestinal tract. Lack of either nutrient, which in these cases may be substantial, leaves the body’s antioxidant system unable to put out the fires of inflammation. This may be why many patients may have 20-30 good minutes a day where they can be active but then pay for it substantially the next day. For a few of my patients, this has been the first significant insight into their issues.

Clues to elevated mauve factor include stretch marks (due to low zinc), pale skin, poor dream recall due to the lack of B6, morning nausea, hyperactivity, spots on the nails due to low zinc and poor tolerance to stress, intense lights or sounds. There may be a genetic propensity to this problem, but that is not completely understood. For many, it is almost like something is activated or triggered to stimulate this problem. It is known to come up after a bad infection such as the flu, mono or even yeast or bacterial infections. Trauma may also be a trigger.

How is this tested? It is actually done using a very simple urine test called kryptopyrrole (KP). Originally, mauve factor and KP were thought to be the same thing. They are not, but KP can serve as the test to see if mauve factor is coming out in elevated measurements in the urine. It is a simple urine test that is not very expensive. The ramifications of a positive test mean not only that the patient needs more zinc and B6, but that they need lots of both. For example, many zinc formulations may use 10-30mg of zinc. Patients with positive KP tests may need anywhere from 100-250mg of zinc. The B6 dosage may range from 100mg up to 400mg. The difference is dramatic from typical dosing. These treatment levels could not be touched with just a simple multivitamin. Successful treatment can be monitored through improved levels on repeat testing.

Many physicians may be unaware of this test. It has not been widely available, but doctors will be glad to know of a test that may help better explain the chronic fatigue or neurologic problems a patient is having. The test is performed through specialty laboratories including Vitamin Diagnostics, Inc. (732-583-7774)*. This company is included because physicians may not be able find a lab capable of performing this test in their area.

*This site has no affiliation with the lab. 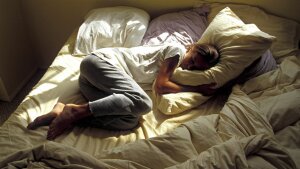 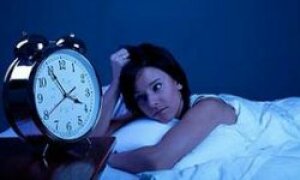 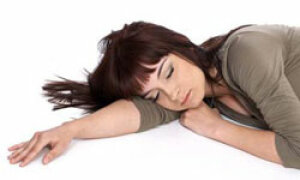