When's the Best Time for a Flu Shot?

When it comes to an annual flu shot, it's sometimes hard to move past the "Do I have to?"

The needle, the pain, the expense ... the needle.

Now there's the "When do I have to?" to consider, too.

What's a needle-phobe to do?

The Need for Needles

Well, first off, experts agree: You have to suck it up and get the shot. Flu shots are "the first and best way to protect yourself and your family from the flu," according to the Centers for Disease Control and Prevention. The CDC recommends, and has for years, that everyone over 6 months old be immunized every year. The influenza virus is transmitted easily, so having as many people vaccinated as possible is the best way to keep it from spreading throughout the population.

"The key is to get the flu shot," says Dr. Aaron Milstone, an epidemiologist at Johns Hopkins Hospital and a professor of pediatrics at Johns Hopkins University School of Medicine. "It's like a lot of things in life that you can't time perfectly. My concern is that if people try to time things too perfectly, they'll end up missing."

Missing is bad, because the flu is serious business. According to the CDC, flu is the biggest cause of death from a vaccine-preventable disease in the U.S. It's hard to pin down how many die each year because flu seasons vary wildly. But in the 2003-2004 flu season, the worst one in a recent study, 48,614 Americans died from the flu. In contrast, the 1985-86 season saw 3,349 deaths.

So take a deep breath. Take the shot. Make sure everyone in your family does, too.

Oh, and forget the nose spray stuff. The CDC says that, in the 2016-17 flu season, injectables are the only way to go.

It's (Not) All in the Timing

When do you go in, then, for your annual lancing? You can do your shot now, assuming you live in the Northern Hemisphere. The vaccine is widely available. Any corner drugstore worth its white-coated pharmacists has it ready to go, especially this time of year, before the flu season unfolds. Your doctor probably has it on hand, too.

Doctors, in fact, are told they can start poking away as soon as the vaccine is available. So if you want to jump in front of things, by all means, roll up your sleeve and look the other way.

But timing that shot, according to some, should at least be considered.

The CDC says that you should be vaccinated against flu no later than the end of October. But Dr. Laura Haynes, an immunologist at the University of Connecticut Center on Aging, told NPR's Scott Simon that older people might want to hold off, just a little: From NPR:

"The best time for most people to get the flu vaccine would be in October. If you're a little bit older and over 65, I would say between Halloween and Thanksgiving. ...

"Their immune response isn't as good to the vaccine. So the protection that's induced wanes more quickly. So therefore, you'd want to wait a little bit longer than you would if you were a younger adult. That way, you're protected throughout the majority of the really bad flu season, which happens from, say, January to April."

The flip side to waiting is jumping right in. Although Milstone sees no real problem with snagging a shot in August, or even July when some of the new crop of vaccines start popping up, it's probably not necessary that early, he says. The leftover protection from your last shot is usually enough to hold off any nasty early arriving virus. (In Maryland, Milstone points out, they've seen a few cases of the flu already — in mid- to late September!)

People who try to time their annual sticking to the height of the flu season (when they figure the vaccine will be the most potent) have at least two big problems to face.

First, the height of the flu season varies from year to year. It could be January, it could be February, it could be later. Good luck guessing on that. Second, if a bunch of flu cases pop up early, and you're not ready for it ... well, it takes 10-14 days for the vaccine to begin to work, Milstone says. If you try to time it and an early wave heads your way, you're out of luck and into bed. And that cough and fever could spread to others who were trying to time things like you.

Thanks for gambling on that.

"It's kind of like going to Vegas," Milstone says. "Some people are going to be able to be the outlier and get lucky and win big. Most people aren't. I think timing in this case is a risk that, for most people, is not the smart thing to do."

NOW THAT'S INTERESTING
The CDC recommends that those at high risk of developing complications from the flu (pneumonia, bronchitis and sinus and ear infections) especially should get their shots. They include people over 65, pregnant women, residents of nursing homes or other long-term care facilities, children younger than 5 (and especially younger than 2) and American Indians and Alaskan Natives. And the flu can be hard on those with asthma, heart and lung disease, kidney and liver problems, those with a weakened immune system, extremely overweight people and others. Get the shot.

Wearable Alcohol Sensor Could Text You if You're Too Drunk 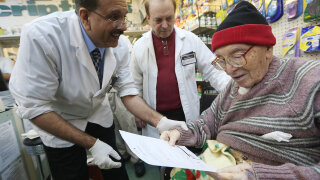 10 Misconceptions About the Flu 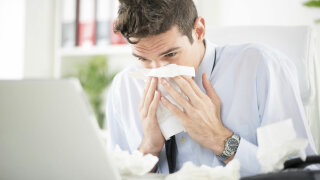