Caskets lined the streets like wooden mountains. Men pushed carts looking for bodies as families decorated doorways with mourning crepe — white for a child, black for the middle aged and gray for the elderly.

No one was safe.

Country folk, city dwellers, soldiers and, most surprisingly, those in the prime of life became targets for the devastating global flu epidemic in 1918.

Every 30 to 40 years an aggressive flu virus emerges, one that has changed just enough that people's natural defenses are caught completely unprepared. In 1918, the flu and world events collided. The result — a fast, catastrophic spread of a deadly form of the disease. World War I occupied the planet's most powerful countries at the time. In the spring of 1918, as news of the war splashed across the world's newspapers, a solider at Fort Riley in Kansas reported to the camp hospital complaining of aches, pains and fever — common symptoms of the "three-day flu." By week's end, 500 army personnel had come down with the disease and 48 men, all fit, young and healthy, were dead.

Few took notice, though, as news of young boys perishing in foreign trenches from bullets and bombs took precedence. In any case, by late summer the strange flu seemed to have disappeared. The spring outbreak, however, was only the beginning. 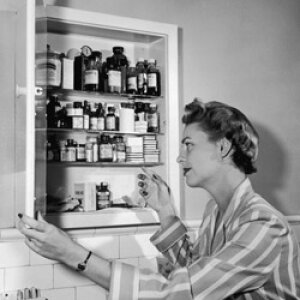 Top 10 Items You Should Have in Your Medicine Chest