What is the difference between a hospital autopsy and a medical examiner autopsy? 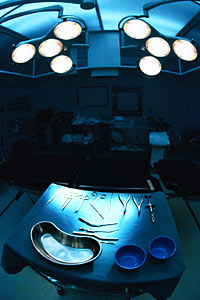