by Alia Hoyt Apr 13, 2018
This image shows some organs of the urinary system: the adrenal gland, the kidneys, the ureter, the aorta and the inferior vena cava. QAI Publishing/UIG via Getty Images

Beto Maldonado knew the trials of kidney disease and dialysis better than most. In 2015, after spending most of his life limited by disease, he received a healthy kidney by way of transplant. Tragically, only two years later, Maldonado died in a motor vehicle accident. Normally, his death would have been the end of the road for the healthy donor kidney. But instead, that kidney was "regifted" to another patient in need.

Dr. Jeffrey Veale, director of the UCLA Kidney Exchange Program, and his team did so with the blessing of Maldonado's family. "We just thought, 'They gave him that gift, why ... not help another family if we can?'" Maldonado's sister Linda said in a press release. The recipient was a 70-year-old woman named Vertis Boyce who had been on dialysis for 10 years, and pronounced the kidney a "blessing."

Organ regifting is a pretty rare procedure, but Dr. Veale and his team have retransplanted three kidneys in less than a year. He sees potential for many more centers to jump on board with the practice. "It's a shame that we're discarding these kidneys," he says.

So why aren't more kidneys regifted? "The kneejerk response is that once a kidney is transplanted you don't retransplant it," Dr. Veale explains, adding that some concerns arise over a kidney involvement in two separate death events. But, he points out, some of these kidneys endured multiple blood transfusions and other treatments when the original donor died. "Regifting is less of a shock than these terribly traumatic motor vehicle accidents," he says.

He notes that 20 to 25 percent of people who get a kidney transplant die with a functioning kidney. "So that's a lot of potential donors that have been unrealized to this point."

Although some patients might balk at receiving a "second-hand" kidney, waiting for a new one can take on average three to five years, sometimes longer. In April 2018 more than 95,000 Americans were on a waiting list for a kidney, according to the United Network for Organ Sharing (UNOS), the nonprofit managing the nation's organ transplant system. Some 20 people die each day waiting for an organ transplant.

And indefinite life on dialysis is no walk in the park, either. For diabetics, in particular, every year on dialysis sees a drop in life expectancy and quality of life. "Why not utilize these kidneys that have a lot of life years left on them to save some of these people who're dying on dialysis?" Veale says.

Although it is still in early stages, Veale reports that his recipients are all off dialysis with well-functioning kidneys. "We don't know the long-term results, but it looks great initially," he says.

Making the Shift to Regift

Not all donor kidneys can be successfully regifted. The same donation rules apply as those of normal transplants. For example, a recipient who later dies of a disease like cancer would not be able to pass along the organ. However, a patient who suffers a fatal stroke or accident could still be in possession of a regiftable kidney.

To allow for redistribution of a previously transplanted organs, some major changes would have to happen, both within the transplant centers and likely the United Network for Organ Sharing (UNOS). Currently, programs assess the original donor to determine compatibility and viability of the organ. In regifting cases, however, Dr. Veale says that they would instead need to review the first transplantee's details by using records to virtually crossmatch blood type and other details, like medical history. This is no small feat in an industry laden with protocols designed to protect patients.

It's possible that regifting may be done to organs besides kidneys in the future, for example the liver. "These are often high-quality organs from young donors who have tragically died and often are going to sicker patients on the wait list who are often older and might have multiple medical issues, [so are] at risk of dying a few weeks or months later of a stroke or heart attack," Veale says. "Why not take that high-quality organ and help someone else out?"

Now That's Cool
One organ donor can save up to eight lives, but too often this potential goes unrealized. If you want to be an organ donor, make your wishes known to your family, and also take time to register online.

Cryptocurrencies: The Creation of AI, Aliens or Even the Antichrist? 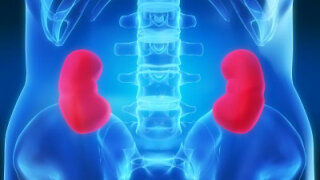 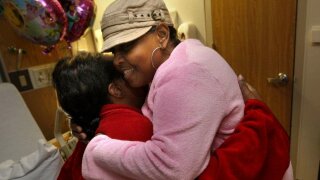 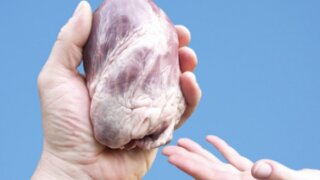