What are the different types of diabetes?

Browse the article What are the different types of diabetes? 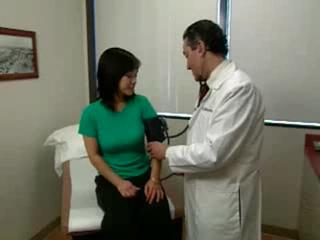 Diabetes is a serious health problem that is affecting more and more people in the United States. There are three different types of diabetes. Type 1 diabetes is the result of a lack of insulin being produced in the body. Also known as juvenile diabetes, Type 1 diabetes is commonly found in adolescents and comprises up to 10 percent of all diabetes cases. The beta cells of people with Type 1 diabetes are destroyed by their immune system, environmental factors or genetics. The remaining 90 percent of diabetics have what’s called type 2 diabetes -- also known as adult-onset diabetes. This version of the disease generally occurs in people who are older than 40. People with type 2 diabetes have too much insulin in their blood. The onset of Type 2 diabetes is somehow connected to obesity, although the exact nature of this connection is still unclear. According to some studies into type 2 diabetes, people suffering from this disease have a reduced amount of insulin receptors in areas of the body, such as muscle, fat and liver cells.

The third type of diabetes is called gestational diabetes. As the name suggests, this form of the disease occurs in pregnant woman and resembles type 2 diabetes. During pregnancy, insulin can sometimes be blocked by certain hormones; as a result, a pregnant woman can become insensitive to her body’s own insulin. This situational diabetes can be managed by taking insulin shots and sticking to a special diet. Gestational diabetes usually disappears once a woman has given birth. All types of diabetes have several symptoms in common, including changes in vision, extreme hunger, excessive thirst, numbness in the extremities, frequent urination, fatigue and glucose in the urine.