by Alia Hoyt Sep 26, 2017
Linda Landaverde, who was diagnosed with Type 2 diabetes several years ago, prepares a healthy meal at her Orlando, Florida home. A new paper says that diabetes can be reversed for many people through weight loss. Ricardo Ramirez Buxeda/Orlando Sentinel/MCT via Getty Images

If you've been diagnosed with diabetes, no doubt you've been told to change your eating habits (more veggies, less sweets) and get more exercise. These actions were thought to control your diabetes but not to reverse it.

Diabetes is a chronic disease that has been rising rapidly throughout the world. It affected 8.5 percent of the world's population in 2014 (about 422 million people), up from 4.7 percent in 1980.

The most common form of diabetes is Type 2 diabetes, also known as adult-onset diabetes. It occurs when the body doesn't effectively use the insulin it produces (insulin is the hormone that regulates blood sugar.) If your blood sugar level is too high and not treated, it can lead to severe problems, like blindness, stroke, kidney failure and foot amputations. Type 2 diabetes is almost always directly tied to physical inactivity and extra body weight.

"The belief amongst doctors and scientists is that Type 2 diabetes is irreversible, always gets steadily worse, demanding more and more drugs, then insulin. Patient groups advise that the first step for someone newly diagnosed is to get used to the idea of dealing with a life-long illness," explains paper co-author Roy Taylor, professor of medicine and metabolism at Newcastle University in the United Kingdom in an email interview. His research is the latest chapter in years' worth of investigation about Type 2 diabetes.

In 2006, he noticed that liver function tests done in Type 2 patients were usually abnormal or on the high side. Then, he saw research that Type 2 patients who'd undergone bariatric surgery enjoyed normal fasting glucose levels within one week of the operation.

"Although it became widely believed that this was an effect of special hormones produced by the gut, it was clear to me that it might simply be the sharp decrease in food intake," Taylor says. "I published a hypothesis — the Twin Cycle hypothesis — suggesting how everything might be explained by too much fat in [the] liver and pancreas, then set about testing the hypothesis."

His hunch was proved in 2011, and after that the group conducted a larger study to find out if those benefits continued long-term. The scientists were pleased to discover that remission does stay constant after a return to normal eating, provided subjects maintain a steady weight.

Unfortunately, a lot of patients and doctors haven't clued into this finding that diabetes can go into remission. The BMJ paper was actually written to draw more attention to the reversibility of the condition and to incentivize everyone to strive for remission.

"[Remission] is a great advantage to people with Type 2 diabetes. Although many are content to continue taking the tablets or insulin and risk loss of eyesight, feet, etc., there are large numbers desperate to escape from Type 2 diabetes," Taylor says.

The authors call for doctors to record patients who have gone into remission. "In the UK [National Health Service], there is a special coding category to describe 'diabetes in remission.' It allows physicians still to be paid, ex-sufferers not to have to call themselves diabetic, and annual checks to be done to help motivation to keep weight steady," he says.

To achieve remission, Type 2 diabetes patients must get their HbA1c (Hemoglobin A1C, blood) level to normal levels for one year. This means below 42 mmol/mol (U.K.) or 100 mg/dL (U.S.) or an A1C of below 6 percent without assistance from diabetes medication.

On its website, the American Diabetes Association notes that it's very rare for patients' diabetes to go into remission unless they've had bariatric surgery. However, the European diabetes forum Diabetes.co.uk is more upbeat, saying that low-carb diets (like the Mediterranean diet), very low-calorie diets and commitment to exercise, as well as bariatric surgery, have all helped some diabetics to achieve remission.

The Vinyl Album Is Dead. Long Live the Album!

Hundreds Have Vanished from National Parks. Is Bigfoot to Blame? 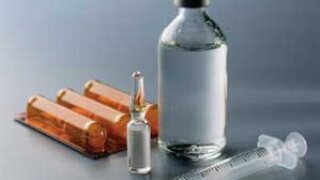 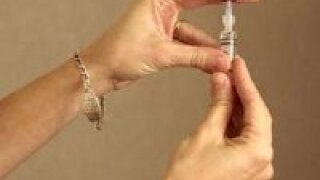 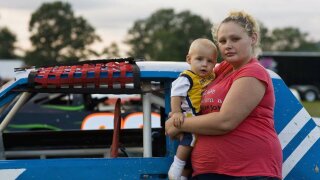 Researchers Link Maternal Diabetes and Obesity to Autism in Kids