Irritable Bowel Syndrome Could Be Linked to Defective Gene

by Michelle Adelman Dec 9, 2016
Many people think IBS is exacerbated by what they eat, but new research might prove them wrong. BSIP/UIG/Getty Images

People with irritable bowel syndrome (IBS) will be happy to hear that researchers could be one step closer to finding a cause for the gastrointestinal disorder.

A new study coordinated by the Karlinska Institutet in Sweden appears to demonstrate a link between genetic mutations and IBS. The link could help researchers find ways to improve IBS treatment plans.

Current treatments for IBS, which affects about 10 percent of the people in most countries, are only partly effective because they target the symptoms, not the cause.

D'Amato and his team — scientists from institutions across Europe and the United States — looked at changes in the DNA of the sucrase-isomaltase (SI) gene, which tells the body to produce sucrase-isomaltase, an enzyme found in the intestinal tract. It helps break down the sugars sucrose and maltose.

They knew that SI mutations sometimes cause hereditary forms of sucrose intolerance, which has similar symptoms of IBS, including diarrhea, abdominal pain and bloating. So they wanted to test a hypothesis that genetic changes in the breakdown of small carbohydrates from sugars and starches could raise someone's chances of having IBS.

Their hypothesis was right. Of the 1,887 people in the study, those with IBS were twice as likely to have defective SI mutations as healthy participants.

These findings could set the stage for future research in IBS, nutrition and genetics, and could lead to tailored treatments for IBS sufferers. 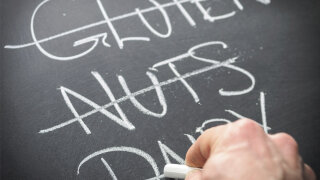 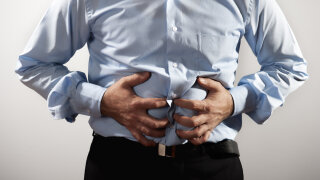