Never had a migraine? Count your blessings, then count them again ... and again. Now, those of you that have had chronic migraines may be able to count your blessings soon, too. That's because there's new hope on the horizon in the form of drugs specifically for preventing migraines, according to two studies reported in the Nov. 30, 2017 issue of the New England Journal of Medicine.

Migraines, which are at best painful and at worst, terribly debilitating, are more commonly experienced by women than men thanks to female hormones. They happen when a specific part of the brain is activated to release inflammatory substances, which throw the head's nerves and blood vessels into a total frenzy, causing serious pain. Unfortunately, people who experience one migraine are likely to have more, although frequency can vary from just a few annually to daily and anywhere in between.

The development of these new drug therapies is unique because, until now, migraines have been treated with drugs created to alleviate the symptoms of totally different issues, like depression or high blood pressure. Many people even turn to Botox for relief, a drug originally developed to smooth wrinkles, which has since been used to treat other problems.

"The complexity of migraine, which is considered to be a polygenetic disease with environmental modifiers, is the main reason for the paucity of migraine-specific treatments," writes Dr. Andrew Hershey in an editorial for NEJM.

Unfortunately, many of the previously available options come with a host of side effects, like weight gain or drowsiness. By comparison, the new drugs (fremanezumab in one study and erenumab in the other) appear to accomplish some pretty impressive feats — preventing migraines before they even have a chance to start with zero undesirable extra effects. The drugs achieve this by using migraine-specific antibodies to block out triggers, thus preventing classic migraine symptoms, like light and sound sensitivity, nausea and extreme headache. The results of the studies seem promising: Almost half of the participants who got monthly or quarterly injections of fremanezumab reported reduced migraines, with some going away completely. Patients who received erenumab reported similar results. However, some of those in the placebo group had positive outcomes, which sort of muddies the waters a bit.

Both drugs could hit the marketplace in 2018, but they have to pass muster with the Food and Drug Administration first. Even if they do, it's likely that they'll be extremely expensive and thus left as a last resort for people with migraines who've tried everything else to no avail. Still, the fact that targeted drugs are in development is a step in the right direction for those who deal with migraines frequently and would desperately prefer not to.

Learn more about migraines in "100 Questions & Answers About Migraine" by Katherine A. Henry. HowStuffWorks picks related titles based on books we think you'll like. Should you choose to buy one, we'll receive a portion of the sale.

Now That's Interesting
Migraines usually begin at puberty, but most often affects adults between the ages of 35 and 45. Worldwide, migraines are the sixth largest cause of disability years lost, according to the World Health Organization.

Light Pollution Is Stealing the Night

The Case for Kids Walking to School by Themselves 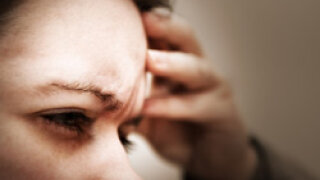 10 Types of Headaches and How to Combat Them 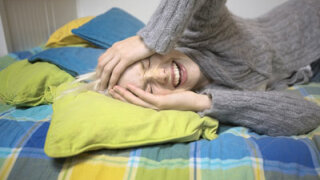 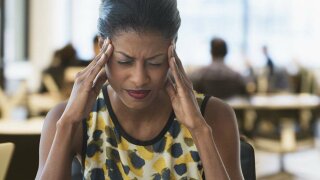 Migraine May Be Linked to Faster Estrogen Drops During Menstrual Cycle