What should I know about NSAIDs?

by Terry Mason
NEXT PAGE

Nonsteroidal anti-inflammatory drugs are called NSAIDs. They can provide relief from mild and moderate headaches. They can also prevent migraine flare-ups. NSAIDs include over-the-counter pain relievers such as the following:

Other medications are sometimes added to improve their effectiveness. You might find NSAIDs combined with medications such as the following:

How do NSAIDs work?

What are the possible side effects from using NSAIDs and what should I do about them?

Side effects of NSAIDs differ depending on the specific type of NSAID you take. Always discuss the possible side effects of any medication you take with your doctor. Be sure you know what to look for and what to do if it occurs.

Prolonged or repeated use of NSAIDs can cause liver or kidney problems. Some ingredients, such as caffeine, stronger analgesics, and butalbital, can also be habit-forming.

NSAIDs can be irritating to the stomach. They may also cause ulcers. To reduce the chance of stomach irritation, it's best to take these medications with food. Call your doctor right away if you develop stomach pain or have vomit or stools that are black or bloody.

What are the possible drug interactions with NSAIDs?

NSAIDs can decrease the effectiveness of blood pressure medications. They may also cause toxic levels of other medications, including any of the following: 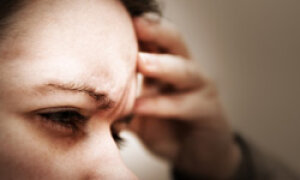 What triggers a headache?