Why do sinus problems get worse during air travel?

Browse the article Why do sinus problems get worse during air travel? 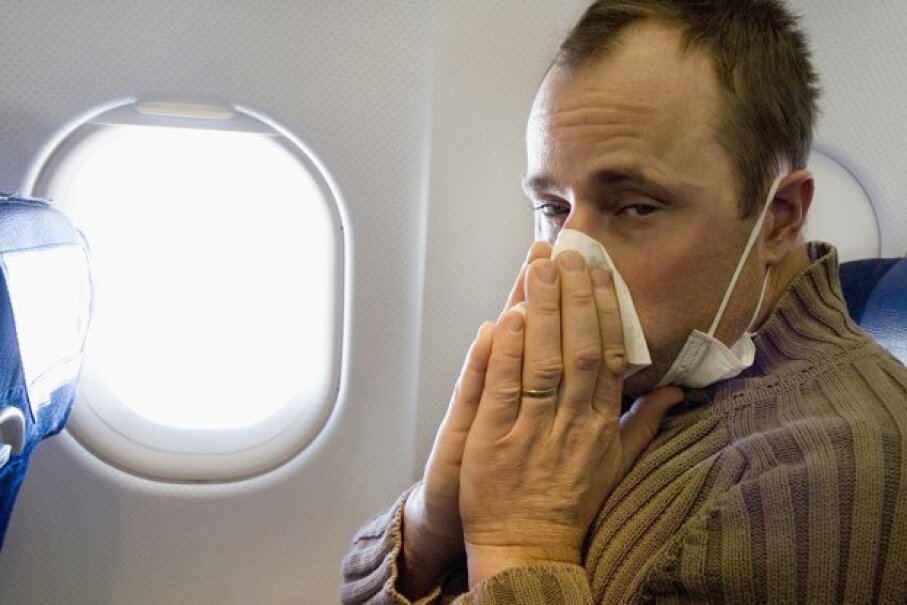 Back in 2002, astronaut Peggy Whitson had clearly been floating around in the International Space Station too long by the time the shuttle Atlantis arrived. The spacecraft successfully docked to the ISS port, but when the visiting crew tried to come aboard, Whitson refused to open the door until she had some assurances. Did they have the stuff? The spicy stuff?

The need for heat is an old and powerful one. In medieval Europe the desire for spices helped inaugurate the age of exploration, conquest and empire. This time around, Whitson's belligerence was only half in jest. Up in space even the mildest palate develops a hankering for zesty condiments. Why? Because of gravity, or the lack thereof [source: Romanoff].

In zero, or near-zero gravity, the fluids (read mucus) generated in your sinuses refuse to drain into your nasal cavities the way they're supposed to on Earth. That means everything clogs up, blocking the olfactory organ way up at the back of your nose [source: BBC]. Without the use of that all-important little patch of nerve endings, your sense of taste is dialed down to a minimum and your pleasure centers crave excitement. Hence Whitson's desperate demand for spicy supplies.

But you don't have to punch through the atmosphere to experience sinus problems when traveling. In fact, sinuses and travel rarely get along, even at, or relatively near, the Earth's surface. 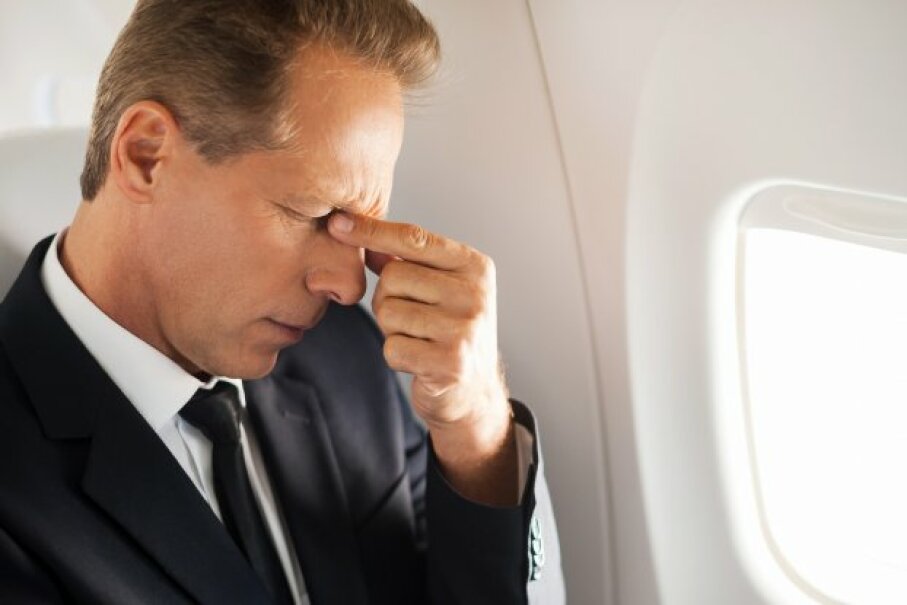 In the old days when people traveled by boat, horse and carriage, train, foot, or by any other means of transport that used reasonable speeds to get from one place to another, sinus problems weren't a big issue. You don't hear Gilgamesh or Odysseus or Beowulf complaining about their sinuses en route. Maybe they were too macho for that, or just too busy worrying about outwitting gods and monsters. But it's also likely their sinuses were fine because they had time to adjust.

It's with the age of jet travel that you began hearing about a problem some people call aerosinusitis or barotrauma. Birds have all kinds of cool adaptations for dealing with zooming along at high altitudes, but the human body, sadly, does not. Our sinuses loathe air travel for a couple of reasons.

First, changing air pressure. When a plane lifts off and descends, it travels through layers of atmosphere with drastically different air pressures. Your sinuses are, essentially, a series of connected air pockets in your skull. You're only comfortable when the air inside those pockets and the air outside your head is of equal pressure.

So when a passenger jet suddenly jumps thousands of feet in the air, the air in your sinuses doesn't have time to adjust, and you feel the pressure difference. If you've got any kind of sinus issues, it's going to hurt, probably a lot. Congestion of any kind will make it harder for your sinus air to equalize with cabin pressure, and from there your problems will just snowball. The Eustachian tube, which connects the back of your nose to your ear, could get plugged up, which could lead to ear pain and ringing.

As if that's not bad enough, there's also the cabin air, which, thanks to high altitudes, is literally as dry as a desert. Actually, at roughly 12 percent humidity, it's a lot drier than the Sahara, which is typically a balmy 25 percent [sources: Smith, University of Utah]. Sinuses don't like really dry air because it can irritate and inflame their delicate mucus membranes.

Meanwhile, germs are swarming all over bathroom door handles, faucets, armrests and tray tables. Those little critters love nothing better than irritated, inflamed mucous membranes in a nice, warm locale. In other words, if you didn't get on the plane with sinus issues, you stand a better-than-average chance of disembarking with them.

How to Fly with Your Sinuses 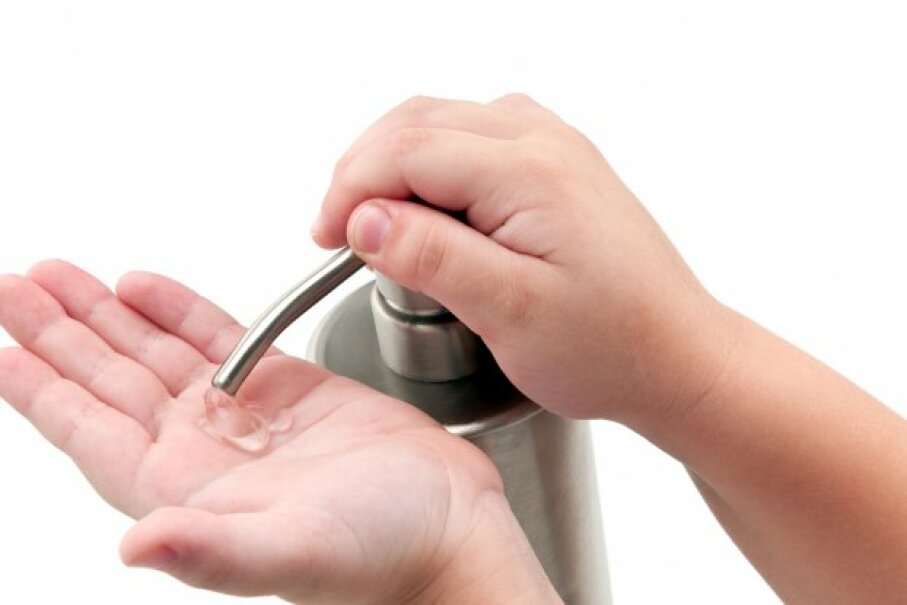 What follows is a multi-pronged anti-aerosinusitis campaign strategy. To start with, some anti-bacterial wipes or hand sanitizer should help take care of the microscopic zoo festering on every surface you touch while airborne. Also, stay warm. The interior of a plane is often chilly. If you cool down too much, it could dial down your immune system.

If you have sinus trouble because of a cold or allergies, consider an oral treatment like a SUDAFED® decongestant, which should be taken about an hour before you fly. It won't cure your cold, but you should have less stuffiness as your baseline before you take off.

If you don't have any sinus problems, try to keep it that way by irrigating your nasal passages with a saline solution before, during and after flight. Also, drink as much water as you can to stay hydrated, which will in turn help keep your sinuses from drying out. For similar reasons, bring some herbal tea and breathe in the steam for 15 minutes or so.

And watch the caffeine intake. That coffee you're considering is a diuretic, meaning it makes you pee more, which can dehydrate your body, which, in turn, is terrible for your sinuses. If you must have that cup of coffee – and some of us really, really must – drink more water to make up for what you'll be losing ... even if it may mean squeezing past your seatmate to go to the restroom in flight.

To equalize the pressure in your head with that in the cabin during liftoff and landing, there's a trick known as the "modified Valsalva," which involves pinching your nostrils, swallowing and blowing gently into your nose, in that order. This can be repeated throughout the flight [source: Bennett]. Yawning, swallowing and chewing gum can also help.

Finally, try to avoid sleeping through lift-off and landing, because if you're asleep you won't be able to practice that fancy Valsalva maneuver or yawn and swallow obsessively. If you're so exhausted you know there's no way you'll be able to stay awake for take-off, you can pick up a pair of special, filtered earplugs, which help equalize the pressure in your eardrum. That, in turn, should make things easier for the old Eustachian tube and all the little cavities it connects to, including your sinuses [source: Mayo Clinic].