by Karen Kirkpatrick Oct 4, 2016
Better not kiss Kitty -- she might pop you one. Pai-Shih Lee/Getty Images

Anyone who's ever been around cats or kitten knows that scratches and bites come with the territory. Most of the time it's perfectly safe to just wash the scratches and shrug them off, putting them down to the tough love of pet ownership. But sometimes, more attention might be justified.

A new study by the Centers for Disease Control and Prevention (CDC) has found that while the number of cases of cat scratch disease (CSD), or cat scratch fever, is on a steady decline, the number of people with more serious symptoms is slightly on the rise.

Cats get the disease from fleas infected with a bacteria called Bartonella henselae. Fleas either bite them, or flea dust (feces) gets embedded in their paws or in their mouths as they groom themselves. Cats can then spread it to humans when they bite or scratch with a claw that has the infected flea dust in it.

Symptoms generally include fever, swelling of the lymph nodes near the site and an infection at the site. More serious problems can include swelling of the brain and heart. These complications are seen most often in people with compromised immune systems, such as people with AIDS. However, since immunocompromised people are living longer, that means more people are suffering from the more-serious complications.

So, how to avoid CSD if you're one of the millions of crazy cat ladies or gentlemen? Well, stay out of the South, which has the hot, humid climate that fleas love. Barring that, keep your cats inside and use a flea treatment. If your cats are flea-free, they'll be disease-free as well. Just to be safe, wash your hands thoroughly with soap and water after playing with your pet.

The U.S. Department of Health and Human Services warns that you should not let your cat lick your skin, eyes or mouth, as a precaution against CSD. So it's probably best to resist kissing Kitty, if that's your inclination. The claws are bound to come out when she's tolerated you and your cute play long enough.

Now That’s Interesting
Zoonotics is the name of the group of diseases that are naturally transmissible from animals to humans, such as avian flu, Zika, West Nile and rabies. One expert said that about 60 percent of pathogens for humans started with animals, and 75 percent of newer animal diseases are transmissible to humans.

5 Reasons Tardigrades Will Outlast Us All 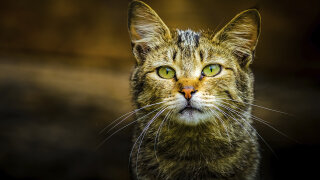 How To Prevent Infections From Animals 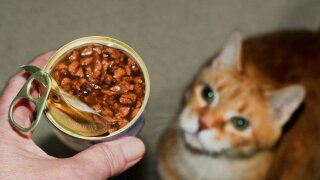 Letting Your Cat Work for Food Makes Her Happier, Healthier 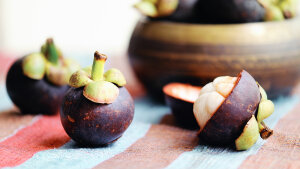