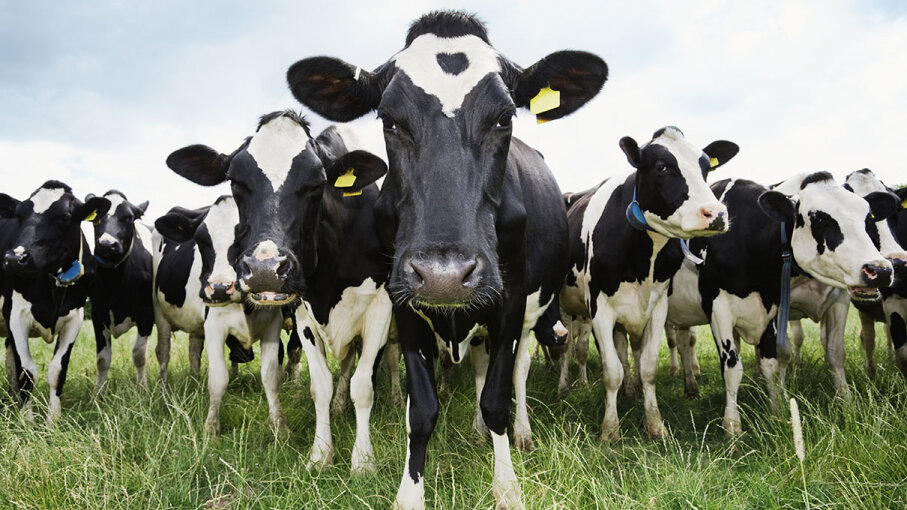 Researchers have discovered that cows may have a unique ability to wipe out HIV. Anthony Lee/OJO Images/Getty Images

Cows get kind of a bum rap in pop culture. There's Mrs. O'Leary's (which almost certainly didn't start the Great Chicago Fire), Clarabelle Cow (who was pushed aside in the history of Disney) and the Laughing Cow (who must be secretly crying to realize her product is no truffled goat cheese rival).

But watch out, cute herding pigs and lovable ducklings crossing the road. Cows must have a new PR person, because suddenly we're hearing about the rapid elicitation of broadly neutralizing antibodies to HIV by immunization in cows wherever we turn!

The news is a mouthful, but it's really cool: Research published in July in Nature shows that four cows injected with a type of HIV protein generated antibodies against the virus. And it was a rapid response: Within 42 days of immunization, researchers were seeing the antibodies show up. Compare that to the 10 to 20 percent of people living with HIV who have been able to produce such antibodies years after infection.

These powerful antibodies are called broadly neutralizing because they can wipe out multiple strains of the virus. That's important because the virus can mutate, even within a person's body, producing varied strains. So fighting one strain could prove futile if it causes another to pop up. Finding an antibody that can prevent many subtypes of HIV is therefore quite important.

Researchers found that one cow's antibodies prevented 96 percent of the 117 HIV subtypes it was exposed to — good news for broader vaccine hopes.

NOW THAT'S INTERESTING
The next big step will be to find out if cows' broadly neutralizing antibodies can wipe out the virus in other animals. Fingers crossed.