We're So Close to Eradicating Polio! Here's Why The Last Few Hurdles Are Tricky

by Jesslyn Shields Feb 17, 2016
As we approach a polio-free world, the task actually gets more complicated and several hurdles remain. Majority World/Getty Images

Have you noticed that nobody you know has come down with polio recently? That's great for you and everybody you know! It hasn't always been the case, and it also wasn't an accident.

Epidemics of polio, or poliomyelitis, have plagued human populations since before we started writing stuff like that down. The virus can be spread through the consumption of unsanitary food or water, or by any of the classic poop-getting-in-mouth scenarios you can think of. It most commonly infects children. Though not often fatal, polio can make its way into the brain and spinal cord, causing permanent paralysis.

But thanks to the polio vaccine developed by Jonas Salk in the 1950's, in conjunction with extremely aggressive and well-organized vaccination campaigns, the last case of polio caused by the "wild," unmutated virus was reported in the United States in 1979. In 1988, polio was reported to have a firm foothold in 125 countries worldwide, infecting around 350,000 people. Since then, Europe was certified polio-free in 2002, and the last case of polio in Africa was reported in Nigeria in 2014.  The remaining 72 individuals with the wild poliovirus live in Afghanistan and Pakistan.

According to a recent article published in the New England Journal of Medicine, in order to completely eradicate polio, and to ensure that the virus doesn't come back in a mutated form elsewhere, we're going to have to start using a different vaccine.

Because there's not just one strain of polio — there are three.  All three of the viruses are contained in the vaccine we've been using all these years, but one of the strains — they call it type 2 — was eradicated back in 1999. The danger in continuing to use type 2 in the current vaccine is that it's possible, though rare, for the type 2 virus in the vaccine to give someone symptomatic polio, or vaccine-associated paralytic polio (VAPP). Even more alarming, but also more uncommon, is that the vaccine can infect someone with a mutated version of the type 2 poliovirus that is able to spread within a community in the form of circulating vaccine-derived polioviruses (cVDPVs).  Which is singularly unhelpful if one's goal is eradicating polio.

The numbers of people infected with VAPP or cVDPVs is small — on the order of around 1600-3200 and 600 victims, respectively. However, it's much larger than the number of wild cases still in circulation. It turns out, once a strain of a virus is eradicated, it's very important to stop using it in the vaccine, to avoid situations like cVDPVs. So the next order of business is switching vaccines from the trivalent vaccine that contains all three strains of poliovirus, to the bivalent vaccine that contains only type 1 and type 3. This sounds easy, but it's not actually going to be all that easy.

"This is unprecedented," says Walter Orenstein, associate director of the Emory Vaccine Center and co-author of the recent article, via email. "The big concern with the switch deals with the need to do it simultaneously, within a two week period.

A Pakistani aid worker delivers polio vaccine to a child in Islamabad, Pakistan, while an armed guard watches; polio clinics have been targets of militant violence in places like Nigeria, Pakistan and Afghanistan.
Anadolu Agency/Getty Images

As it happens, vaccinating a population has to be a highly orchestrated affair: in high-risk countries where polio was eradicated fairly recently, the transition from the trivalent to bivalent vaccine needs to begin with every child getting the trivalent inactivated polio vaccine (IPV) for a little while longer, until there are no more reported cases of VAPP.

After that, every single country that has been using the trivalent vaccine has to destroy or safely contain them all at once, at which point they have to begin stockpiling and administering the bivalent vaccine.

"The reason to stop in this coordinated fashion is if some countries continued to use type 2 containing oral vaccines, whereas others stopped using such vaccines, then the countries which have stopped could be at risk of getting seeded with type 2 vaccine viruses from the other countries. This could lead to generation of more cVDPV2s," says Orenstein.

In order for this switch to run smoothly, global health organizations, governments, vaccine manufacturers, and funders have to work together to make sure type 2 polio is contained, while preparing for another outbreak, just in case.

Now That's Interesting
Franklin D. Roosevelt, the 32nd president of the United States, was paralyzed from the waist down by the polio virus he contracted as an adult in 1921, near the beginning of the last large polio epidemic to sweep the country. 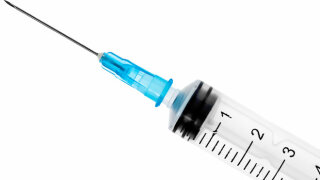 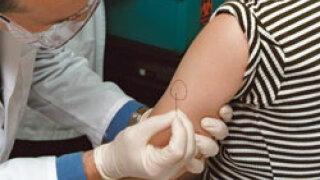 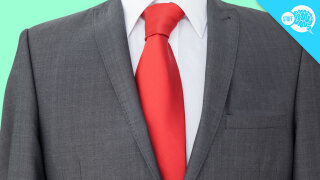 Vaccines: Where Did They Come From? ]VIDEO]