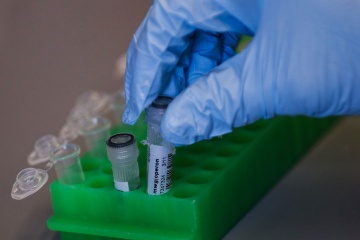 Now that DNA tests are the norm, what happens if the results fall into the wrong hands?
John Green/Bay Area News Group/TNS via Getty Images

When Colman Chadam was born in Singapore in the first year of the 21st century, doctors discovered he had a congenital heart problem. In dealing with the situation, they carried out extra testing that revealed he also had the genetic markers for cystic fibrosis. Fortunately, he never developed the disease.

However, years later, when it came time for Colman's parents to enroll him in a middle school in Palo Alto, California, they noted the results of those tests on the medical forms they were asked to fill out. It appears that teachers then passed on this information to two other parents whose children were enrolled at the school. Those children both had cystic fibrosis.

Here's the thing: Kids with cystic fibrosis are supposed to steer clear of one another because they're mutually vulnerable to dangerous infections from certain bacteria they carry. Fearing for their children's safety, the siblings' parents asked the school to make Colman leave. Astonishingly, the school board did so.

While the fear was understandable, it was unfounded. Since Colman didn't actually have cystic fibrosis, he wasn't a threat. And even if he did have the disease, did the school have the right to share his genetic information with others? His parents took immediate legal action, and the school readmitted the boy a few weeks later. But that didn't appease his parents. In 2013 they filed suit against the school alleging a new kind of offense — genetic discrimination.

Their claim is that the Palo Alto school board's action violated the Americans with Disabilities Act (ADA), in addition to Colman's First Amendment rights, because information about his DNA was disclosed without his permission. A district court dismissed the case, but the Chadams appealed the dismissal, and as of March 2016 the case is back in court.

Many are watching the case closely because the results could set an important precedent for what are sure to be many future legal disputes. When Colman was tested as a baby in 2000, DNA tests weren't the norm. Now they're becoming more and more common. What if those test results end up in the wrong hands, predisposing educators, employers or insurers to discriminate against people who are deemed to have the wrong DNA? 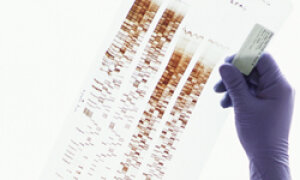 Is the DNA between genes really junk? 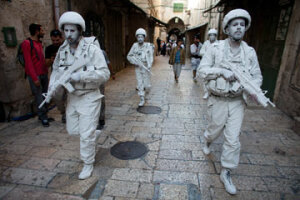 What's a DNA robot, and how could it change medicine?