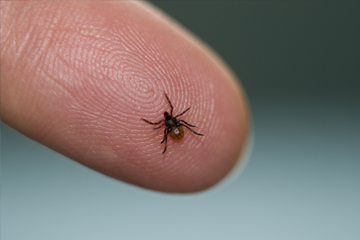 A zoonotic disease is a pathogen that passes from an animal to a human, such as lyme disease from ticks.
Lauree Feldman/Getty Images

"Zoonotic." It sounds like the dream state one might enter while hanging out with animals. Unfortunately, it's more sinister than that. A zoonotic disease is a pathogen that passes from an animal to a human. Think rabies, or, to go way back in history, the bubonic plague. But how does a disease jump an entire species?

Zoonotic diseases spread to humans via contact with animals or insects that might be carrying various bacteria, parasites, viruses or fungi that can then take up residence in unsuspecting people. About 75 to 80 percent of infectious diseases affecting humans these days are zoonotic in origin, and more than 200 zoonotic diseases exist that are capable of transferring from animals to humans [sources: CDC, Watson and Hastwell]. Here are just a few examples of diseases that spread from animals or insects to humans:

Disease ecologists call the transfer of disease from animal to human a "spillover." Scientists still have much to discover about why and how these spillovers happen, but they know a few things. A virus has one simple goal: survival. Sometimes a virus can make the spillover from an animal to a human host easily, as in the case of rabies or the bubonic plague. The virus has always been the same, even in between species.

However, many viruses must mutate — change their genetic structure — to jump to a new species and make themselves at home. In the past, most animal viruses were content to stay in the animal population because they simply had nowhere else to go. But increased urbanization means that humans have encroached on animal and insect territories. Plant and animal habitats are being destroyed, species are disappearing, and biosystems and genomes are mutating and adapting. We live closer to animals — and other humans — than ever before. And that means viruses spread faster.

An animal or insect can transmit disease in countless ways. Here are a few examples:

Next, we'll look at some specific cases of viruses jumping from animals to humans. 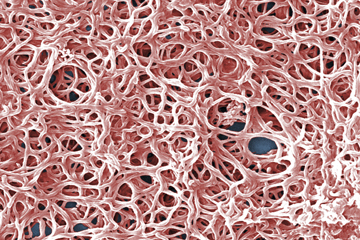 Scurvy: The Scourge of the High Seas Remains at Large Today
The Curse of Brewing Beer in Your Own Belly
Removing This Invasive Shrub's Flowers Could Help Combat Malaria