by Patrick J. Kiger Feb 9, 2017
New quarantine guidelines would give the CDC new authority to detain people within the borders of the United States. InkkStudios/Getty Images

On the day before the inauguration of President Donald Trump, the U.S. Centers for Disease Control and Prevention issued new regulations that would give federal health officials significantly expanded powers to detain people with signs of illness, in the effort to prevent the spread of communicable diseases.

It's the first updating of CDC's quarantine powers since the 1940s, according to National Public Radio. Proponents say the changes are necessary in an age in which increased mobility makes it possible for lethal threats such as Ebola to spread quickly across the globe and around the U.S. The new changes were to go into effect on Feb. 21, 2017, but their implementation has been delayed until March to give the Trump administration time to review them.

Under the old rules, CDC could only quarantine patients infected with one of about a dozen specific diseases, including cholera and plague, and its authority was limited to detaining visitors entering the country and people crossing state lines. Under the new rules, in contrast, CDC officials would be able to take sick people into custody anywhere in the U.S. Beyond that, federal officials no longer have to stick to a list of illnesses. Instead, CDC can quarantine anybody who's showing symptoms such as a high fever, headache, cramps or other signs that they might have a dangerous infectious disease.

"I see a real risk that politics will drive decisions about how best to deal with the international spread of disease."
Scott Burris, Director, Center for Health Law, Policy and Practice, Temple University

In an email, CDC spokesperson Thomas Skinner declined to comment about the new rules, and instead provided a link to CDC's questions-and-answers web page about them. But critics, who see the new rules as having potentially worrisome civil liberties implications, have had plenty to say.

A recent New York Times opinion piece, "Why the CDC's Power to Quarantine Should Worry Us," warns that the new rules might give the CDC too much power. Under the old, narrower rules, the federal agency usually played an advisory role and left it up to states to do the quarantining. That enabled those detained under quarantine to quickly challenge the order in a state court, if they wanted to do so. But under the new rules, the CDC would provide its own in-house oversight in the form of an internal review that could stretch on for weeks. It's unclear whether federal judges would consider hearing quarantined persons' appeals until the internal review plays out.

"An individual who is subject to a federal quarantine order could petition a federal court for habeas corpus," says Wendy Parmet, one of the article's co-authors and director of the Program for Health Policy and Law at Northeastern University, via email. "This hasn't happened in the modern era, so we don't know for sure whether the court would hear the case immediately or wait until the completion of CDC's internal processes."

Parmet is concerned about the CDC playing a more active role in imposing quarantines inside the U.S. "This is problematic," she says, "because the quarantine power can easily be, and has often been, abused. Historically, quarantines have been imposed disproportionately on immigrants and other minorities, who are often erroneously blamed for spreading diseases. Such misuse of the quarantine power threatens public health because it diverts resources from effective disease-control measures and undermines the public's trust in health officials."

"Did you hear about the evidence-free travel ban issued against people who have been extensively vetted and come only from Muslim countries where President Trump does not do business?" says Scott Burris, director of Temple University's Center for Health Law, Policy and Practice and another co-author of the New York Times opinion piece, via email. "I see a real risk that politics will drive decisions about how best to deal with the international spread of disease. Politically motivated acts that harm people without justification are, I hope, unconstitutional and easy to imagine happening. In a time of panic, overbroad travel bans could be forced on CDC by higher-ups."

Critics are calling for Congress to step in and pass legislation that would give people detained by the CDC the right to go to federal court immediately and seek a hearing.

Not all legal experts think the new rules are totally bad. One prominent defender is Lawrence O. Gostin, an expert in global health law at Georgetown University and director of the World Health Organization's Collaborating Center on Public Health Law & Human Rights.

"I believe the civil liberties attack on the rules is significantly overblown," says Gostin in an email to HowStuffWorks. "​It is important to stress that these new rules introduce civil liberties safeguards that never existed before, such as a medical hearing, paid legal representation, and access to independent medical experts. ​ Thus, the comparator is the old rules which have no safeguards to the new rule which has reasonably strong safeguards."

But even Gostin thinks more could be done to protect the rights of those the government wants to quarantine. "I would require the CDC to act with 'clear and convincing evidence' rather than a 'reasonable belief,'" he says. "I would also provide access to an independent hearing rather than an internal medical review. ​Were the new rules perfect? Clearly not.​ But were they a vast improvement over the status quo? Yes, without doubt.​"

The headquarters of the CDC in Atlanta, Georgia.
Jessica McGowan/Getty Images
Now That's Interesting
Quarantines and panic over possible exposure to infected people aren't new in American history. "During the Yellow Fever Epidemic of 1793 in Philadelphia (then the capital)," says Burris, "our currently most famous founding father Hamilton was refused entry to every city between Philly and Albany for fear he carried the disease." 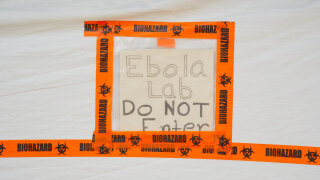 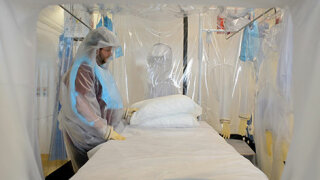 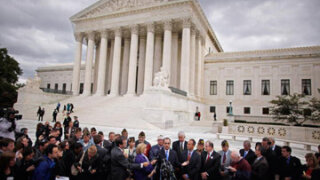 Do children and teenagers have constitutional rights? 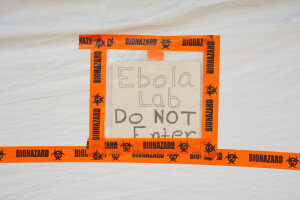 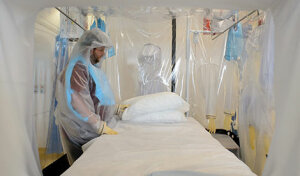