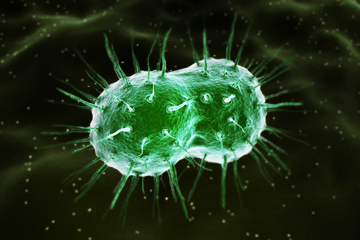 You've probably heard of gonorrhea, an old disease that has mutated so much in recent decades that it has doctors scrambling for new ways to fight it.
Science Picture Co/Getty Images

We have only to look at the history of existing sexually transmitted diseases to see how easy it is for a new one to emerge -- and how difficult it can be to fight.

In the 1980s, the world was suddenly confronted with an epidemic of a frightening, deadly new disease: AIDS. It wasn't until the mid-2000s that scientists confirmed where the human immunodeficiency virus (HIV) originated. When African chimpanzees ate monkeys, they picked up various strains of a disease called simian immunodeficiency virus (SIV), which developed into a chimpanzee strain of the virus. Sometime in the early 1920s, human hunters killed and ate chimps, and the virus jumped from one species to another and began to mutate anew [source: Owen].

But HIV is only the most recent sexually transmitted disease to jump from animals to humans. Syphilis, for example, was passed to humans by cattle or sheep. And other common STDs, such as gonorrhea and chlamydia, have animal origins, as well [source: Lafsky]. If it happened before, there's no reason it couldn't happen again.

In addition to the possibility that sexual contagion can make the leap from other species to humans, there's another problem: Existing STDs have the ability to mutate. HIV is a prime example. Even though effective treatments have emerged that enable HIV patients to live with the virus for many years, efforts to develop a vaccine haven't succeeded, in part because HIV mutates about 100 times more rapidly than influenza [source: McNeil].

And there's a looming threat from one of the old, familiar STDs. Gonorrhea has mutated extensively over the past few decades, to the point where the most prevalent strains are now immune to many antibiotics. After a strain of ciprofloxacin-resistant gonorrhea emerged in Hawaii and California in the late 1990s, for example, resistance spread so rapidly that by 2007, the U.S. Centers for Disease Control and Prevention (CDC) was no longer recommending the drug -- or even other antibiotics from the same chemical family -- for treatment [source: Chesson et al.]. Experts fear that it's only a matter of time before the remaining first-line treatment -- cephalosporin injection combined with an oral dose of either azithromycin or doxycycline -- becomes ineffective as well [source: Duhaime-Ross]. That means we'll need to find a new way to treat an old disease, in addition to coping with whatever new STDs come along.