New Study: Zika Can Survive for 8 Hours Outside a Host Body

Browse the article New Study: Zika Can Survive for 8 Hours Outside a Host Body 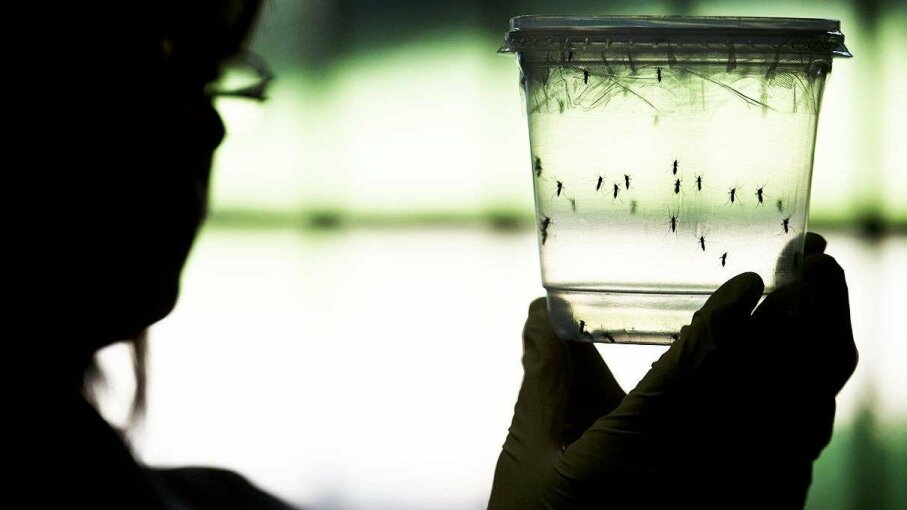 Researchers have determined the Zika virus can survive for up to eight hours on a hard, non-porous surface. Nelson Almeida/AFP/Getty Images

Zika virus is in the news again; perhaps you've heard of it? It's the virus that caused Brazil to declare a national public health emergency just a few months before 500,000 international visitors arrived for the 2016 Olympic Games. It's the Zika virus that has at times this year dominated the news with stories of infected mothers whose babies were born with microcephaly and other severe fetal brain defects, as well as Zika patients showing up with Guillain-Barré syndrome. It's also a virus that has medical researchers scratching their heads, because it's not your run-of-the-mill, mosquito-borne illness. Something weird's going on here.

For starters, although Zika is generally transmitted by mosquito bite, it's also the first mosquito-borne illness known to also be transmitted through sexual contact. It can also pass from pregnant mother to baby, and through blood transfusions — and new research being presented today at the annual meeting of the American Association of Pharmaceutical Scientist (AAPS) suggests that Zika may also be transmissible through the environment.

The first human case of Zika was identified in 1952, and it's thought that the virus spent the greater part of the 20th century in the shadows, masquerading as other mosquito-borne illnesses like dengue and chikungunya. Only 14 cases of the illness had ever been diagnosed before 2007, when the first recorded Zika outbreak, on the Yap Islands of Micronesia, resulted in 73 percent of the inhabitants of the islands being diagnosed with the virus. Since then, Zika has spread in parts of Polynesia, and the Americas — but all this time, nobody suspected it of being something you could just pick up off an infected countertop.

"Zika can survive on hard, non-porous surfaces for as long as eight hours, possibly longer when the environment contains blood, which is more likely to occur in the real world," said Dr. S. Steve Zhou, lead researcher in the new study, in a press release published prior to the presentation.

It's not all scary news, though, and the scientists also looked at what measures could be taken to clean up surfaces potentially harboring the virus. This new research examined how Zika responded to various common disinfectants like isopropyl alcohol, diluted bleach, quaternary ammonium/alcohol and peracetic acid. The scientists found these disinfectants were effective in killing the virus in as little as 15 seconds, although the bleach and peracetic acid were less effective when blood was also involved in the contamination.

"The data were important to know especially for healthcare providers and researchers," said Zhou. "One must bear the organic load of the environment such as blood, in mind, before reaching a conclusion about the Zika virus inactivation efficacy by a particular product."

In case you were procrastinating a thorough cleaning-up of that pool of blood over there, here's one more reason to keep things spick-and-span.

Now That's Interesting
Zika virus was first identified in a rhesus monkey found in the Zika forest of Uganda.