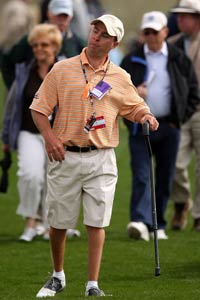 Generally, cerebral palsy is diagnosed by the time a child is 2 or 3 years old. Doctors perform a detailed physical examination and look for certain signs. For example, some children with cerebral palsy have very weak muscles, or very tight or stiff muscles. They may also have poor or exaggerated reflexes, poor posture and difficulty balancing. Children with CP may drag one leg when they crawl or walk, walk on their toes, or "scissor" their legs (cross them at the knee) when they walk or get picked up.

After the initial diagnosis, the doctor often suggests a brain imaging scan -- an MRI, CT scan or ultrasound. A brain scan might show the cause as well as the type and severity, but many children with mild cerebral palsy have normal brain scans because their area of brain damage is likely too small to be detected.

There are three basic types of cerebral palsy: spastic, athenoid/dyskenetic and ataxic. These types are differentiated by their symptoms, which often reflect the area of the brain that is damaged. Most -- about 70 to 80 percent -- of people with cerebral palsy have spastic cerebral palsy. This means that they have brain damage in the motor cortex or the corticospinal tract (the bundle of nerve fibers between the cerebral cortex and the spinal cord).

People with spastic CP have mobility issues due to their rigid muscles, which may also twitch involuntarily. There are three subtypes of spastic CP:

The second most common type of cerebral palsy is athetoid/dyskenetic. A person with athetosis has slow, writhing, involuntary movements, especially in the arms, while dyskinesia means that these movements can be repetitive, almost like a tic. People with this form of CP have varied muscle tone. Sometimes their muscles are stiff and rigid, and other times they are loose and floppy. Athetoid/dsykenetic CP results from damage to one or more of these areas of the brain: the basal ganglia, the corticospinal tract and the motor cortex. People with athenoid/dyskenetic CP may have difficulty walking, talking and eating, sitting upright, and performing basic motor skills.

Ataxic CP is the least common diagnosis (about 5 to 10 percent of all cases) and results from damage to the cerebellum. People with this type of CP have low muscle tone and difficulty coordinating their muscles to perform fine motor skills such as writing. They also usually have difficulty balancing while walking, and walk with their feet spread widely apart. A specific type of tremor known as an intention tremor is common with this type of CP. This means that a voluntary movement, such as reaching for an object, produces a tremor in the arm that gets worse as the hand gets closer to the object.

Some people with CP have symptoms of one or more of these three types and are said to have mixed CP.

There is no cure for cerebral palsy, but there are many different treatments and therapies to help manage the symptoms. We'll explore these next.