Browse the article No Joke: Dead Butt Syndrome Is a Real Pain 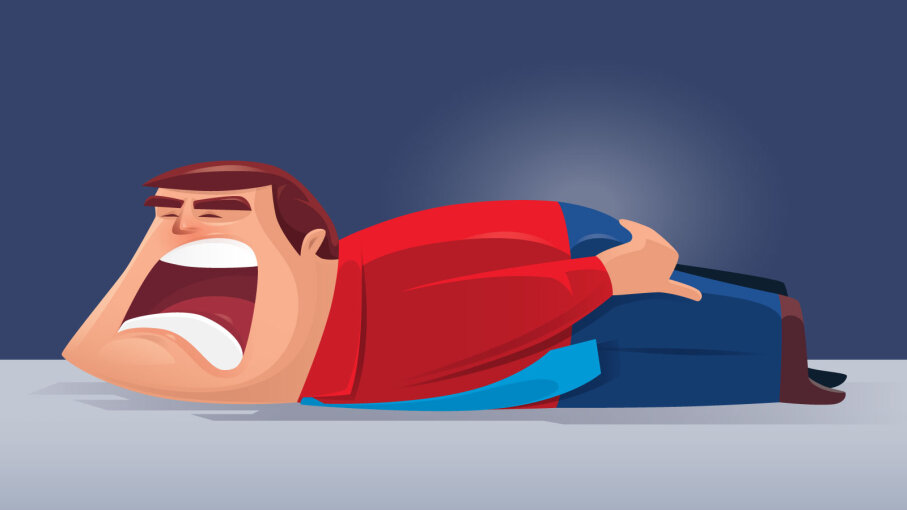 In the past few years, it's become apparent that sitting at our desks all day every day, followed by hours of sitting on the couch while we binge-watch "The Great British Baking Show" is killing us. But what we didn't know is that it's killing us butt first.

It's called dead butt syndrome (well officially it's called gluteal tendinopathy). It affects the gluteus medius and minimus, which are smaller muscles than the more well-known gluteus maximus. (The gluteus medius is attached to the upper portion of the pelvis and to the top of the femur, while the gluteus minimus is attached to the outer surface of the pelvis and to the head of the femur.) The two work with the gluteus maximus to form your buttocks, so when the gluteus minimus and medius are weak, it puts strain and pressure on other muscles in the hip area, including the hip flexors at the front of your pelvis, to pick up your butt's slack.

The Butts Most Likely to Die

According to a 2015 study published in the journal Sports Med, women are two to four times more likely to experience gluteal tendinopathy. A similar study published the same year in Journal of Orthopaedic and Sports Physical Therapy noted that few risk factors have been validated by science, but two stand out: women and being over the age of 40.

Distance runners of any gender who work desk jobs are also likely to experience dead butt syndrome. Not only do they park their rear ends in chairs all day, but their chosen sport also relies mostly on the quadriceps at the front of the thighs. Their butt is just along for the ride on that Sunday long run.

If you suspect your butt is dead, you'll often notice pain in your hip while in certain positions:

Bring Your Butt Back to Life

There is good news. You can resuscitate your butt! A few common glute exercises can bring that booty back from the dead. Even if you don't have a dead butt diagnosis, doing these exercises while you binge-watch other people baking can help undo the damage of sitting all day.

Most people found relief from these exercises, though it takes time. In really painful cases, some people may need to go the extra step of getting corticosteroid injections or shockwave therapy.

Performing certain exercises, like these bridges (or hip lifts) can help improve the pain of dead butt syndrome.
SrdjanPav/Getty Images
Now That's an Easy Test
Want to know if your butt is dead? Just stand in front of a mirror and lift one leg! If you see your hip dip on the same side as your lifted foot, then the gluteus medius on the opposite side is weak. It can be easier to see the dip if you wear a belt at your hips or pants that are a different color than your tucked-in shirt.