Is Being 'Civilized' Ruining Your Back?

by Chris Opfer Dec 28, 2015
Sitting in a chair all day is bad for your back but is squatting the answer? 2015 HowStuffWorks, a division of Infospace LLC

A small, but vocal group of back pain relief seekers say the best way to ease lumbar stress is to make like the indigenous peoples of the planet. Supporters of a return to “primal posture” say it allows folks to stay upright and relaxed, rather than arched in the uncomfortable extended poses that many of us often break into when told by mothers, teachers and other authority figures to sit or stand up straight.

The ancient way of standing straight isn't just more comfortable; it can also help eliminate spinal problems that come with poor posture, according to advocates. The only trouble is that there appears to be little hard evidence to back up that claim.

One adherent of this new/old form of posture is acupuncturist Esther Gokhale. Following unsuccessful back surgery, she went looking for answers to her lingering lumbar issues. She traveled to places like Ecuador and West Africa and concluded that people in many indigenous cultures practiced a form of posture that made them largely immune to spinal problems.

These people employed a J-shaped posture in which the spine runs straight down from the neck and curves out at the butt. That's different from the S-shaped posture that has long been touted by ergonomic experts and exercise gurus. The difference, according to Gokhale, is in where the pelvis rests. In the S-shaped position, the pelvis juts out, arching the back in an upright and tense position. The Gokhale method teaches people to stretch the spine and then push the pelvis back so that the vertebrae sit one on top of the other in a straight line. Gokhale offers classes and video instructions aimed at helping people learn this technique to improve posture and reduce back pain.

There's at least some research out there to back up the idea that certain indigenous cultures are less troubled by back pain than their modernized counterparts. A 1965 study published in the Journal of Bone and Joint Surgery concluded that American and Swedish male participants were far more likely to suffer from disc narrowing as they aged than were members of a jungle tribe in West Central India. The tribesmen preferred to squat with their legs crouched, rather than sitting or standing. They also slept on hard surfaces, lying on their sides with bodies curled for warmth and protection, according to the study's authors.

Despite a wealth of information about how indigenous peoples sit, stand, squat and sleep, there appears to be little other evidence directly showing that these habits help ward off back pain. And Gokhale's method has never been studied in a clinical trial.

Now That's Cool
Sitting and standing are just two of the roughly 1,000 different postures that the human body is capable of making. 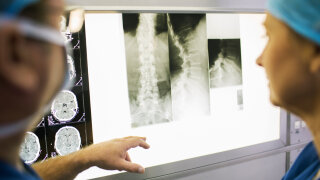 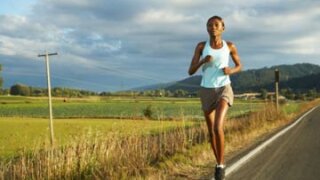 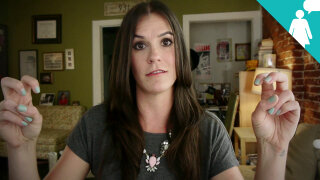 Stuff Mom Never Told You: How to Sit Like a Man