by Scott Fishman, M.D.
Next

Q: My mother has cancer and her doctor has given her a medication for pain called MS Contin. What sort of side effects should we expect from this medicine?

A: MS Contin is a medicine in the family of drugs called opioids (pronounced: o-pi-oids). Opioids are a large group of drugs and they have been used as a medicine to fight pain for many centuries. The Ancient Greeks first identified opium from the poppy flower, and this drug is actually a juice extract from the poppy plant. The word "opium" is translated from Greek meaning "juice." Although the Greeks utilized this drug long ago, it was not defined and understood by scientists until the year 1817.

The active ingredient in MS Contin is morphine, and morphine is also the active pharmacological part of the opium poppy extract. The MS in MS Contin stands for morphine sulfate and contin stands for continuous, indicating that it works as a sustained release formula. While morphine is the most common type of opioid today, and perhaps the oldest type of opioid, physicians in the 21st century have discovered many new opioid type drugs to fight pain. These drugs include hydromorphone (Dilaudid), oxycodone (Oxycontin and Percocet), methadone, meperidine (Demerol) and fentanyl (Duragesic), just to name a few. These drugs come in various forms, such as pills, intravenous form (which means it is given via a vein in the arm or hand), an intramuscular route (which means it is injected by a needle into a muscle) or by a topical patch (which means it seeps through the skin into the bloodstream by a patch that is placed on the skin).

Opioid drugs block pain signals by attaching to special receptors in the body. These receptors are found in the joints, skin, spinal cord and brain. Opioid drugs have the ability to reduce or eliminate pain that we feel as a result of recent surgery or trauma, or from other disorders like cancer or even arthritis. While opioids do not heal injured tissue or make the disease disappear, they can substantially decrease the acute or chronic pain we feel from these horrible insults to our bodies. The downside of MS Contin and other opioids, however, is that they also have possible side effects.

A side effect from a medication simply means that something else results from a medication that was not wanted or intended for the medication to cause. For example, a side effect of certain antidepressants is sleepiness. This can be good if the patient also needs to get some sleep but otherwise may be problematic. Side effects of opioids may include nausea, constipation, urinary retention, itching, headaches, decrease in sexual interest, drowsiness, occasional feelings of disorientation and dizziness. Except for constipation, which is easily managed, these side effects of opioid pain relievers are rare and don't occur in everyone. Sedation, nausea and itching are more common than the others and are usually shortlived. Either they wear off over time, or simply switching to another opioid drug will make the difference. Sexual side effects are more common than previously believed and also can be treated. The most feared side effect is decreased breathing rate, which can occur in overdose, but rarely affects patients who are on opioids for any length of time. Like most side effects of opioids, they usually wear off over time.

The most common side effect of opioid therapy is constipation. Constipation can add to the mix of pain and discomfort the patient is already suffering from. The intestinal tract has chemical receptors for the opioids, and the drug affects these receptors, just like the pain receptors are affected. But instead of pain relief, opioids slow down the intestines and make them sluggish. This sluggishness can lead to constipation or even a total lack of bowel movement, which is called obstipation. Most everyone who takes opioids is usually prescribed a laxative to combat this side effect. Prolonged constipation or obstipation can cause very serious intestinal problems. It is therefore vitally important to ensure that these laxatives are working properly. Thus, patients need to watch for constipation while taking opioids and take action to either prevent it or reverse it once it occurs. 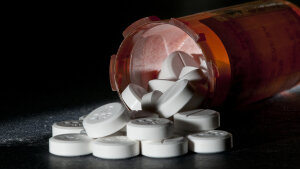 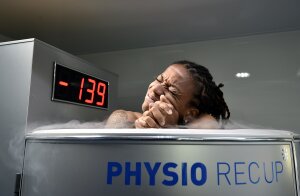 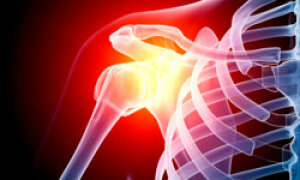