by the Editors of Publications International, Ltd.
Prev NEXT
6 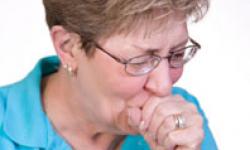 Whoop, there it is -- and if you suspect someone has it, move away. Pertussis, or whooping cough, is a highly contagious respiratory infection caused by the Bordetella pertussis bacteria. The descriptive nickname comes from the "whooping" sounds that infected children make after one of the disease's coughing spells. The coughing fits spread the bacteria and can last a minute or longer, causing a child to turn purple or red and sometimes vomit. Severe episodes can cause a lack of oxygen to the brain. Adults who contract pertussis usually have a hacking cough rather than a whooping one.

Although the disease can strike anyone, it's most prevalent in infants under age one because they haven't received the entire course of pertussis vaccinations. The pertussis vaccine was first used in 1933, but adolescents and adults become susceptible when the immunity from childhood vaccinations wanes and they don't get booster shots. According to the CDC, pertussis causes 10 to 20 deaths each year in the United States, and there were 25,000 cases reported in 2004. Worldwide, the disease causes far more damage -- about 50 million people around the world are infected annually, and WHO estimates around 294,000 deaths each year. However, 78 percent of the world's infants received three doses of the vaccine in 2004.