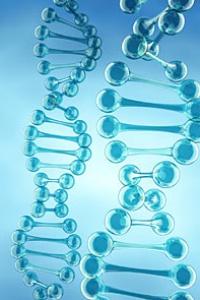 Neurofibromatosis is a genetic disease.
Hemera/Thinkstock

Early on, some doctors believed that the Elephant Man suffered from a nervous system disorder called neurofibromatosis. Learn more about this condition:

Q: What is neurofibromatosis?

A: Neurofibromatosis is a genetic disorder that causes tumors to form on nerves throughout the body. It can also effect the development of bones and skin, resulting in disfigurement. There are different levels of severity and pain. Learning disabilities and even blindness and deafness can result from neurofibromatosis, as well.

Q: Why is the disease broken down into the two classifications: NF-1 and NF-2?

A: NF-1 and NF-2 are caused by different genes, located on different chromosomes. NF-1 is the more prevalent type of the disease.

Q: What are the most common signs of neurofibromatosis?

A: The presence of numerous caf´e;-au-lait spots, i.e., marks on the skin the same color as "coffee with milk"; freckling in the groin area or underarms; multiple soft tumors on the skin, or nodules under the skin; and pigmented spots on the iris of the eye.

Q: Is neurofibromotosis a rare disease?

A: Not particularly. In fact, it is the most common neurological disease caused by a single gene.

Q: Is there any cure for this disorder?

A: There is no known cure. Typical treatment includes the surgical removal of tumors, and a multidisciplinary approach — with a neurologist, geneticist, dermatologist, ophthalmologist, surgeon and psychologist — to attend to the symptoms of the disease. The life expectancy of people with this disease is almost normal, barring any unusual complications.