How does cystic fibrosis affect your lungs?

Cystic fibrosis results in thick and sticky mucus throughout the body. The condition typically causes lifelong problems with lung and gastrointestinal function, among other health issues. This sticky and thick mucus is especially troubling for the lungs. The mucus builds up in the lungs, which leads to inflammation of the lungs. Left untreated, this can result in significant problems with breathing and irreversible lung damage [source: Cysticfibrosis.net].

Symptoms typically related to decreased lung function due to cystic fibrosis include coughing, increase mucus in the sinuses, fatigue and nasal congestion. Pneumonia is also common among people with cystic fibrosis. Pneumonia is caused by an increase in bacteria in the lungs. Excess mucus is full of bacteria, which can easily lead to infection. Symptoms of pneumonia include fever, severe coughing, shortness of breath and decrease in appetite. Prolonged lung inflammation due to cystic fibrosis can also lead to hemoptysis, which results in coughing up blood [source: Cysticfibrosis.net; Mayo Clinic].

The combination of excessive mucus, inflammation, hemoptysis, and hypertension due to cystic fibrosis can lead to respiratory failure. In these severe instances, a person requires assistance for breathing or, if available, a lung transplant. It is, therefore, of utmost importance to follow a consistent cystic fibrosis treatment plan. Typically, a cystic fibrosis treatment plan delays or prevents irreversible lung damage by decreasing inflammation and excessive mucus in the lungs [source: Mayo Clinic]. Treatment includes antibiotics to treat and prevent lung infections; mucus-thinning drugs to break up the sticky mucus; and the use of bronchiodilators to help the airways open up and make breathing easier. Manual removal of excess mucus in the lungs and airways is essential on a daily basis for most people with cystic fibrosis. 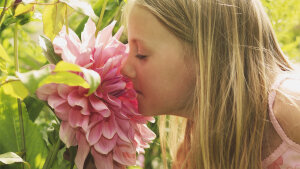 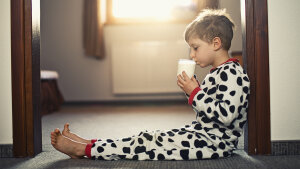 The Milk and Mucus Myth, Busted