Netflix and chill? More like Netflix and kill, apparently. In bad news for binge watchers everywhere, it turns out that planting yourself in front of the television for hours every day increases your chances of dying from a pulmonary embolism — a blood clot in the lung. These clots result from inactivity and usually begin in the lower half of the body. When they make their way to the heart or lungs, they can become lodged in a blood vessel and block blood flow, resulting in chest pain, shortness of breath and death.

It's not just onscreen death experienced by those who want to blast through the entirety of "Game of Thrones." A new study out of Japan found that compared to people who watch 2.5 hours of television a day, those who watch between 2.5 and 4.9 hours of TV have a 70 percent higher chance of dying from pulmonary embolism. For every additional two hours of daily TV watching, the chance increases another 40 percent. Across the board, those who watched five or more hours of TV a day were 250 percent more likely to die of an embolism.

How'd the scientists come to these grim conclusions? We've got to go back to the pre-streaming, even pre-DVD period from 1988 to 1990. That's when the researchers surveyed more than 86,000 Japanese adults between the ages of 40 and 79. They monitored this population until 2009, and found that since then 59 died from a pulmonary embolism.

To ensure they were on the right track, the researchers controlled for other factors that also could influence the likelihood of someone experiencing a pulmonary embolism: weight, smoking habits and diabetes, for instance. However, the researchers acknowledge that the amount of television the participants watched was self-reported at the beginning of the study, but no updates potential changes in habit were conducted, and the popularization of computers, video games and smartphones over the lifetime of the study wasn't taken into account.

"Pulmonary embolism occurs at a lower rate in Japan than it does in Western countries, but it may be on the rise," said Dr. Hiroyasu Iso, a professor of public health at Osaka University Graduate School of Medicine and one of the study's authors, in a press release. "The Japanese people are increasingly adopting sedentary lifestyles, which we believe is putting them at increased risk."

These new findings are actually in line with similar research from 2011 that found a sedentary lifestyle overall increased the risk of pulmonary embolism in a group of 70,000 female nurses. As many as 900,000 people in the United States alone may have a pulmonary embolism each year, and between 60,000 and 100,000 of them die.

And if you're thinking, oh, hey, this is a very specific case and probably doesn't apply to me, think again. The study's authors emphasize that pulmonary embolisms are often underreported because they're hard to diagnose, with symptoms very similar to those of other conditions.

So short of installing a treadmill to use as you blow through another season of "Orange Is the New Black," what can you do?

"After an hour or so, stand up, stretch, walk around," says Iso, who also recommends drinking water during screen time, "or while you're watching TV, tense and relax your leg muscles for five minutes."

All in all, moderation seems the way to go. And let's be pragmatic about it: If you binge watch a bunch of shows and die earlier because of it, you're going to miss out on a bunch of amazing shows worth binge watching in your later years.

Now That's Cool
If that advice sounds familiar, you may have heard it before; it's the same advice given to those who travel frequently or for long distances on airplanes.

One Time This Pony Drank a Lot of Diet Coke. Here's Why 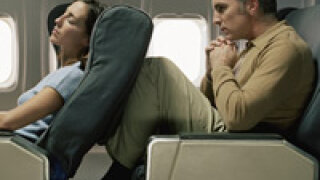 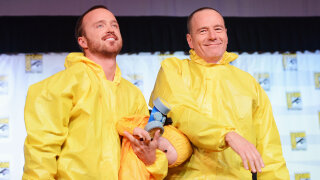 10 of the Most Binge-watched TV Shows 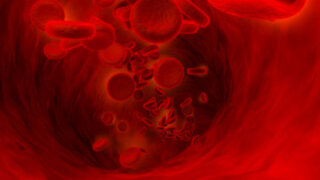