What are some problems and conditions of bronchitis to look out for? 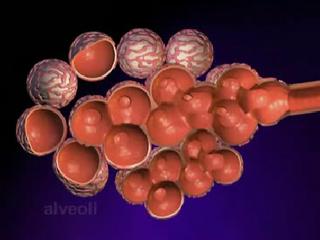 Bronchitis is one of the top reasons people go to see their doctor. It is inflammation of the bronchial tubes, the larger airways leading from the windpipe (trachea) into the lungs, and it can be caused by infection or irritation from other causes. Typical symptoms of bronchitis include coughing, wheezing, chest pain or tightness, and a low fever. Acute bronchitis usually gets better within three to four weeks. Chronic bronchitis, on the other hand, is characterized by cough and sputum production most days for at least three months of the year during two consecutive years.

When an otherwise healthy person gets sick with acute bronchitis, it usually doesn't have to be treated with antibiotics, and it will get better on its own with no lasting effects. However, about ten percent of people experience complications. Some conditions to watch out for include bacterial superinfection, pneumonia, or coughing up blood (hemoptysis). Chronic bronchitis or reactive airway disease, an asthma-like condition, can also develop.

Chronic bronchitis, along with emphysema, is usually referred to as chronic obstructive pulmonary disease (COPD). It is caused by damage to the bronchi and lungs, usually from smoking. This is a long-term illness that puts you at risk for many complications. Chronic bronchitis itself is characterized by lots of coughing and phlegm, wheezing, shortness of breath, and general fatigue. Over time, you may become susceptible to recurrent infections, colds and pneumonia. You may also be at risk of a condition known as cor pulmonale, or right heart failure. As the lung damage worsens, the right side of the heart has to work harder and harder to push blood through lungs that are stiffer than normal. About one-fifth of people with COPD also suffer from obstructive sleep apnea, a condition where your breathing pauses during sleep because of blocked airways. People with chronic bronchitis are often overweight, and weight loss can improve the sleep apnea, as well as some of the other symptoms of chronic bronchitis.

13 Home Remedies for Bronchitis
What is COPD?
Ruling Out Other Health Conditions Than Asthma