Was there a respiratory outbreak in 2002? 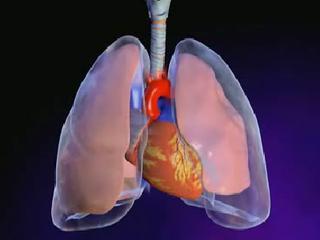 In 2003, there was an outbreak of severe acute respiratory syndrome (SARS) throughout the world. The outbreak started in China and, although it only became apparent that there had been an outbreak of SARS in early 2003, the first cases of SARS occurred in November of 2002 in the Guangdong province of China. The Chinese government did not want to create panic over the unusually high number of people who had come down with pneumonia as a result of a new respiratory disease and the number of people that were dying from it, so they did not publicize reports of the outbreak until early 2003. In March 2003, the World Health Organization (WHO) was notified that there had been outbreaks of respiratory disease in other countries, including Hong Kong, Vietnam and Cambodia. WHO then began to investigate the cause of SARS to try and stop the spread of the disease. More than 8,000 people became sick with SARS during the outbreak, and close to 800 died.

Researchers found that SARS was caused by a new type of corona virus. Human corona virus is one of the viruses that cause the common cold. However, this new type of corona virus, which causes SARS, started out like the flu, with symptoms of high fever, headache, muscle ache and a cough. Many people with SARS developed pneumonia and some also had diarrhea. SARS is highly contagious and spreads by touching something or someone contaminated with the virus or by exposure to droplets containing the virus after someone coughs or sneezes. With travel technology so advanced, the virus was able to spread around the world very quickly via people who had been infected and travelled before symptoms appeared. However, SARS was controlled and there have been no reported cases of SARS since 2004.