Everyone has that one friend: the Debbie Downer who can't help but taint a perfectly nice conversation with an unsolicited, soul-crushing truth bomb. Apologies are in order: This article is about to be the Debbie Downer of your news feed today. That's because amidst the cheer and anticipation of the holiday season, something truly dark and disturbing has come to our attention, and it involves a wintertime staple: raw cookie dough.

According to a study published in The New England Journal of Medicine, eating raw foods made with flour (aka delicious unbaked goods like cookies) could make you dangerously sick. While health experts have long known that a type of E. coli bacteria commonly resides in wet environments like leafy vegetables and raw meat, the study confirms that the same type of bacteria can lurk in dry habitats like flour-based foods, too.

The study covers the details that led to a 2016 recall of more than 10 million pounds (4,535 metric tons) of flour. In 2016, a Food and Drug Administration (FDA)'s investigation determined raw dough made using General Mills flour produced between November 2015 and some dates through Feb. 10, 2016, was tainted. "Flour has a long shelf life, and bags of flour may be kept in peoples' homes for a long time," a statement from the FDA says. "Consumers unaware of the recall could continue to eat these recalled flours and potentially get sick. If consumers have any of these recalled flours in their homes, they should throw such flour products away."

"We're not trying to ruin people's holidays but we want them to be aware of the risks," the study's lead author and epidemiologist Samuel J. Crowe told The New York Times. "The bacteria is not uniformly distributed in a two-and-a-half pound [1.1 kilogram] bag of flour," he says. "A small amount could get you really sick. I've had E. coli and salmonella and [they're] pretty darn unpleasant."

Crowe isn't kidding: More than a quarter of the 56 patients affected across 24 states were hospitalized, and some of their symptoms included mild fever, abdominal pain, vomiting and — so sorry — bloody diarrhea. And while all the patients, ranging in age from 1 to 95, eventually recovered, one experienced kidney failure.

If cautionary tales around raw cookie dough sound familiar, it's probably because the consumption of raw eggs (another key ingredient) has long been known to carry risks. But the results of the new study indicate that many other raw flour-based foods like raw tortilla dough and even homemade play dough (kids really will eat anything) could also be tainted. As a result of the 2016 outbreak, 250 contaminated products were recalled, and a General Mills spokesperson encouraged consumers to continue avoiding raw batter since the company cannot heat-treat flour because the process "would impact its performance, such as rising properties."

The takeaway here? You can still have your cake (and cookies), but bake it, too. 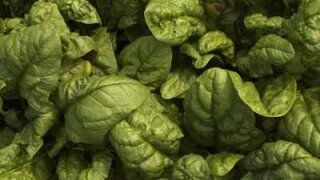 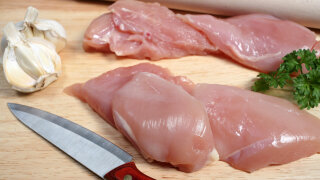 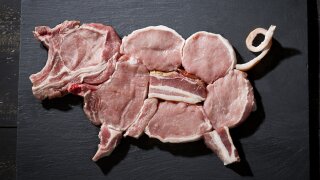