So Here's a Terrifying Anxiety for Backyard Grilling Season

by Christopher Hassiotis Apr 14, 2016
With backyard grilling season upon us, it's worth revisiting a study that issued a warning about a potential health hazard related to cooking on a grill. Tetra Images/Getty Images

The study, published in the March 2016 edition of the journal Otolaryngology–Head and Neck Surgery, found that between 2002 and 2014, an estimated 1,698 emergency room visits were caused by people ingesting the wires from bristle brushes. The authors didn't include cases presenting at urgent-care facilities.

The bristles of wire brushes can break off and get lodged in grilled food, causing injury.
Isaac Wedin/Flickr

Oral injuries were most common, with people scratching or cutting the inside of the mouth and throat as well as the tonsils, while abdominal issues due to swallowing were less common. Hamburgers, the most popular grilled food in the U.S., are also most likely to pick up bristles due to their texture.

"The issue is likely under reported and thus underappreciated," said study lead author, C.W. David Chang, in a press release accompanying the publication.

While it's no razor blade in an apple, a piece of metal bristle that breaks off from a brush, sticks to a grill and gets transferred to food can cause serious injuries. For perspective, though, we're talking three people per state, per year, assuming an average applies across the board.

The study's authors recommend checking brushes before use for loose bristles (or using bristle-free brushes), and inspecting a grill for any remnants of the last use. Aside from turning a seemingly harmless cookout into another source of fear (thanks, science!), the authors said they hope to raise awareness both in those operating the grill and those physicians who might not otherwise realize what the cause of injury is.

"Because of the uncommon nature of wire bristle injuries, people may not be as mindful about the dangers and implications," said Chang. "Awareness among emergency department physicians, radiologists, and otolaryngologists is particularly important so that appropriate tests and examinations can be conducted."

Learn more about grilling and grill safety in "Weber's Charcoal Grilling: The Art of Cooking with Live Fire" by Jamie Purviance. HowStuffWorks picks related titles based on books we think you'll like. Should you choose to buy one, we'll receive a portion of the sale. 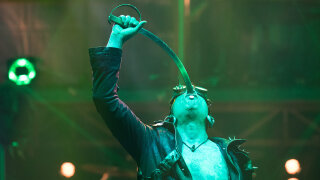 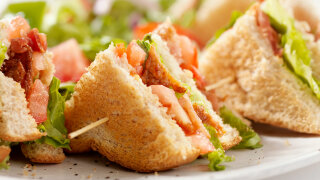 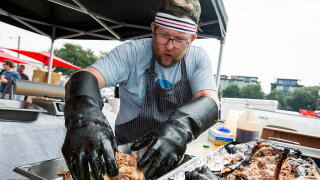