5 Things You Didn't Know About Your Heart 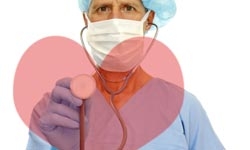 The workings of your heart aren't quite so transparent. See more heart pictures.
©iStockphoto.com/LuisALouro

Humans have always been fascinated by the primary machine that sustains life: the heart. Sure, we haven't always known what it does or how it works, but it's hard to ignore its ever-present beating. In fact, it's hard to ignore even the sound once you've tuned in. It's fortunate that we do manage to ignore those rhythmic beats, because consciously listening to a few billion lub-dubs over the course of a lifetime would drive us batty.

If you look at your closed fist, you will see fairly accurately exactly how big your heart is. It weighs somewhere between 7 and 15 ounces (198 and 425 grams), functions essentially as a pump, and pushes blood through a network of blood vessels that -- placed end to end -- extend 60,000 miles. Consisting of four chambers and four valves, it receives blood from two different sources -- oxygenated blood from the lungs, and oxygen-depleted blood from the body -- and sends it two different places at once. Oxygen-depleted blood goes to the lungs for a recharge, and oxygen-rich blood from the lungs goes out to the entire body to replenish every cell and tissue. Once this process stops, so do you.

5: You and Your Heart Go Way Back

The heart of an embryo begins to form within 16 to 19 days of gestation, and goes through some very interesting changes before it winds up shaped like a miniature adult heart.

First, the heart of an embryo starts off as a little tube, similar to the heart of a goldfish. As it grows outward, it runs out of room and is forced to double back into a horseshoe shape. Soon, it develops into a two-chambered heart, like a frog's. In time, another chamber develops -- now it looks a bit like a snake's heart. Eventually, the fourth chamber develops, and it takes on the appearance of what it is: a human heart. The embryonic heart starts to beat around the 22nd day of pregnancy. At around four weeks, it's capable of circulating blood.

Although your heart is the size of your closed fist throughout your life, your embryonic heart is about nine times larger than your developing fist. 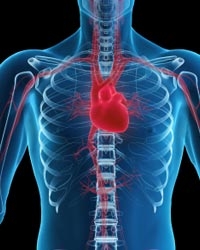 Your heart is located just slightly left of the middle of your chest.
©iStockphoto.com/mpabild

When we're told to touch our hearts, the majority of us touch the left side of our chest. This is the location where the organ is depicted in illustrations of Cupid, and it's often where good guys plunge their swords when finishing off the bad guys in the movies.

In truth, your heart is located ever-so-slightly left of the middle of your chest, behind your sternum. But why does it feel like it's located far left of center?

The left side of your heart is responsible for pushing blood to the farthest corners of your body. The right side delivers it to the lungs, which are directly next door. For this reason, the heart doesn't use much force to shuttle blood to the lungs, or else it would damage them. However, the heart gives a powerful push to send blood on its way through the arteries, and it's the left side of the heart doing this heavy pushing (or twisting, actually).

Although located in the middle, it's this powerful left-side pump that we feel, and the reason we Americans don't touch our sternums while saying the Pledge of Allegiance.

3: It's the Original Electric Motor

With one exception, nerve cells in your body can't "fire" unless there's external stimulation. That exception is the sinoatrial node (SA node), a tiny bundle of highly unique neurons that are self-starters. The SA node fires about once a second, and the electrical charge it produces is the reason your heart pumps, your blood circulates, and, ultimately, why every part of your body is able to function.

When it pumps, the heart constricts and sort of twists, and then relaxes only to constrict again with the next heartbeat. When the heart beats, an electrical signal passes from the top of the heart, near the atria (upper chambers), down through the ventricles (lower chambers), and the chambers contract in that order.

Your SA node sends out the electrical signal that guides the rest of the heart tissue. So when the atria contract, the valves sandwiched between the atria and the ventricles open, and the blood in each atrium flows through its respective valve down into a ventricle.

By this time, the heart's electrical signal has passed from the atria into the ventricles, so while the atria relax, the ventricles contract. This forces blood out of the exit valves and into the body, and by the time the lower chambers and exit valves relax, the upper chambers and entry valves are receiving another electric prompt. This process repeats about once a second.

It wasn't until 1615 -- and the study of the heart by England's royal-court physician William Harvey -- that a connection was made between the heart and the circulation of blood.

2: Heart Disease Hasn't Always Been the No. 1 Killer

More people die of heart disease in the U.S. than any other cause. It hasn't always been this way.

Relatively few Americans died of heart disease in the 19th century. In 1900, pneumonia, tuberculosis (TB), and diarrhea/enteritis were the top three killers of Americans, according to the CDC. Heart disease came in fourth.

Advances in technology and automation during the 20th century meant that fewer of us had to do strenuous physical labor, and those who did still saved themselves a round-trip walk by using cars or buses.

American diets also changed drastically. Whereas most diets consisted of homemade (and hand-made) meals, industrial processes soon introduced a variety of high-fat foods into our lives.

In a 27-year span starting in 1940, the rapid onset and sky-rocketing rates of heart disease led the World Health Organization to label it "the world's most serious epidemic." Heart disease is now our No. 1 killer, but we're guilty as accessories to the crime.

Steady Work if You Can Find it

Your heart pumps 60 times a minute, 100,000 times a day and 3 billion times over the course of the average lifetime.

1: Heart Transplants: A Walk in the Park?

While heart transplant surgery is no easy feat for doctor or patient, it's a surprisingly straightforward operation with high odds of survival and recovery for transplant recipients. This amazing procedure isn't for everyone, but it can extend the lives of patients with congenital heart defects or coronary heart disease.

In 1946 doctors switched the hearts of two canines. In what was likely a surprise to both the doctors and the dogs involved, both "patients" survived.

The first human heart transplant surgery was a success -- almost. While the recipient's new heart worked perfectly, drugs to prevent organ rejection led to pneumonia, killing the recipient 18 days later. The body's understandable wariness about having its heart removed and replaced with one belonging to a stranger was a huge hurdle to increasing the survival rates of heart-transplant patients.

In 1983, a new anti-rejection drug -- cyclosporine -- came onto the scene, and it greatly increased the odds of success for transplant patients. Thanks to this and continuing advances, about 4 in 5 people who undergo the procedure are still alive in two years.

The procedure's certainly no walk in the park, but heart transplant surgery allows a surprising number of people -- about 2,500 a year in the U.S. alone -- the pleasure of many more strolls. 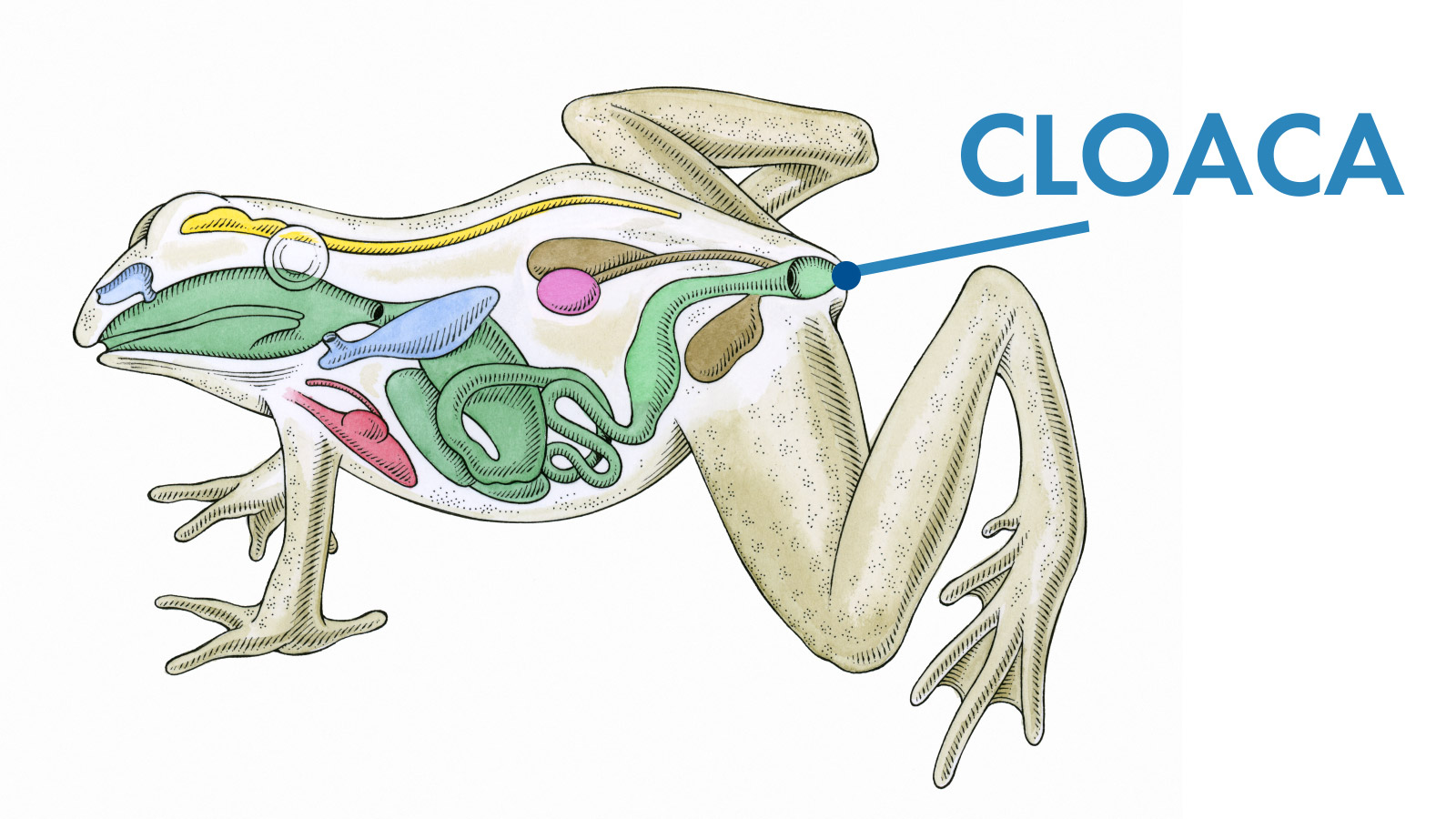 It's the organ commonly found in animals where multiple body systems come together into one opening for both defecation and reproduction. But in humans, having a cloaca causes huge problems.

How Your Heart Works
Atrial Fibrillation Overview
The Heart: Introducing One Tough Muscle

Surprise, Your Pinky Toe Does Serve a Purpose
Cytokine Storms: When Your Immune System Defends You to Death
Why Won't My Eye Stop Twitching?