by Jesslyn Shields Sep 4, 2018
The human ear, it turns out, uses a protein called TMC1 to help turn the mechanical signal of a sound wave into an electrical one that can be understood by the brain. Magictorch/Getty Images

You know how you're not supposed to stick anything in your ear smaller than your elbow? There's a reason for that: The little fancy holes on the side of our heads are precision instruments, more complex and precise than a Swiss clock.

The job of an ear is to provide balance and hearing, which is just a nifty little bit of auditory transduction — the conversion of sound waves (basically air molecules clacking together through space) into electrical signals we can process and understand. It turns out that's pretty complex. It's so complex, in fact, that scientists have never really been able to pinpoint what allows this complicated conversion to happen.

Transduction in other sensory systems has been well understood for decades, but because the inner ear is difficult to reach, there are comparatively few inner ear receptor cells to study (the inner ear has about 16,000 receptor cells compared to the human retina's 100,000), and the environment inside the cochlea — the shell-shaped cavity that houses all the tiny, hair-like receptor cells — is so delicate, it's a difficult experimentation subject.

But now a paper published Aug. 22, 2018, in the journal Neuron reports the unraveling of the mystery behind the "holy grail" of hearing proteins. The research team from Harvard Medical School has worked out that TMC1, a protein discovered back in 2002, is ultimately responsible for hearing and balance in vertebrates.

"We believe our findings settle that issue for good and yield definitive proof that TMC1 is the critical molecular sensor that converts sound and motion into electrical signals the brain can understand," said co-author Jeffrey Holt, Harvard Medical School professor of otolaryngology and neurology at Boston Children's Hospital, in a press release. "It is, indeed, the gatekeeper of hearing."

Here's how they think it works: When sound waves make their way into your cochlea, they ruffle little tufts called stereocilia on the outer hair cells (so called because of the tufts) of the structure. This action amplifies the signals the waves brought to your ear, which are then transferred to hair cells inside the cochlea. These inner hair cells transform the mechanical signal of the sound wave into an electrical one that can be understood by the brain. TMC1 is responsible for forming a pore that provides a sound-activated channel within the hair cell. This channel allows a mechanical signal to convert into an electrical one.

The research team hopes their findings will lead to new therapies that can restore hearing to those who have lost it — or never had it to begin with.

"To design optimal treatments for hearing loss, we need to know the molecules and their structures where disease-causing malfunctions arise, and our findings are an important step in that direction," said Holt.

Now That's Interesting
TMC1 is found in mammals, birds, fish, amphibians and reptiles, which shows that evolution kept it around because it was important!

Why Socks Help You Sleep Better 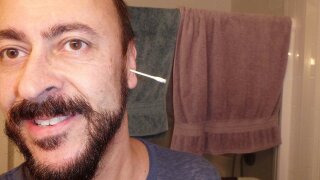 When It Comes to Q-Tips, We Do the One Thing We're Not Supposed to. Why? 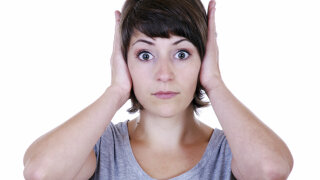