Browse the article Why do a child's bones heal faster than an adult's? 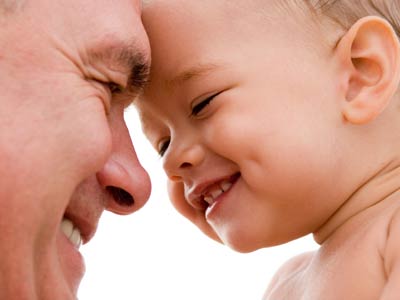 When we're young, the world seems ours for the conquering. We're tireless, fast and strong. Our brains are sponges, our senses are sharp and, for the most part, all the biological trains are arriving on time.

As we age, the visage in the mirror peering back at us through bifocals doesn't seem half the world-beater it once was: Skin sags, libidos flag, injuries happen more often and last longer.

Some reward for surviving, right? One of the differences between the young and the not-so-young is the time it takes for broken bones to heal. While a 5-year-old child who breaks a bone might be back to normal in just a few weeks, an adult has to keep the fractured appendage propped up for six to eight weeks [source: FDA].

So why do a child's bones heal faster than an adult's? Clean living? The knowledge that time lost is just playtime lost? Not exactly.

Although other tissues such as skin and muscle use scar tissue to heal damaged portions, bone heals itself with the best available material for the job: more bone.

To understand why children's bones heal faster than those of adults, it helps to understand how bones heal from fractures. When you break a bone, blood begins to clot at the site of the fracture. This early clot lays the groundwork for reattaching and healing the fragments of bone. In this early stage (which can last a couple of weeks), damaged tissue is whisked away from the scene of the accident with a helping hand from some worker cells from the immune system.

­Soon, tissue called callus will begin to form, using the blood clot that connects the once-separated pieces as a platform to build upon. This material is like bone, but without the calcium. As a result, it's quite unstable and can easily be rebroken. In about a month's time, the callus will harden as it calcifies. After this happens, the body begins replacing the callus with brand-new bone, and this new bone takes the shape and characteristics of the portion it is meant to replace.

Now, this same process occurs in children, but much faster. Not only that, but children's bones heal in such a way that it can be hard to tell they were ever broken in the first place.

Why? See the next section to find out. 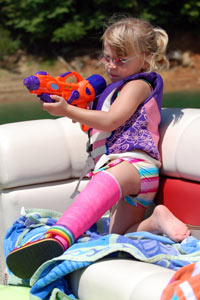 You can't keep a kid down for long -- even if she's got a broken leg.
© iStockphoto.com/appletat

­In any bone, there are two competing cycles: breakdown and regeneration. Specialized cells called osteoclasts absorb worn-out bone cells, removing them constantly from the bone. Simultaneously, other cells called osteoblasts are taking calcium from the blood and redistributing it upon the bone. This process occurs throughout your life.

When you're young, you're building bone faster than it can be replaced. Until about the age of 20, your bones are focused primarily on one thing: getting bigger. Even after you've reached your maximum height, your bones continue piling on the calcium in an effort to get thicker and denser.

When you get old, however, your osteoblasts (bone-builders) can't keep up with the osteoclasts (bone-removers). When an older adult suffers a bone fracture, the body directs more resources toward the break, but the bone itself is already involved in a losing cycle of bone removal and replacement, with more being removed than replaced. This is why it takes older people longer to heal.

And this brings us to children. In a way, children's bones are always behaving like they're healing -- you couldn't stop those bones from growing if you tried. When a child breaks a bone, the body diverts additional repair cells to the location of the injury. The bone, however, is already engaged in a supercharged rate of growth. It's like having five people working together to knit a small scarf and adding 10 more people to help out after a stitch gets missed.

Most of the time, broken bones are but minor setbacks for children, and there's barely enough time to inspect all the cool signatures collected on their casts before they're back to 100 percent.

See the next page for lots more information on bones and the skeletal system.